Willy Maceo was previously charged with attempted murder after his arrest in December, according to court records. 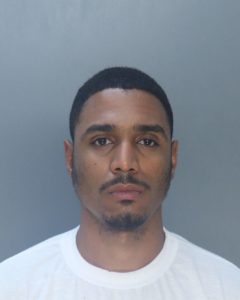 Investigators had previously identified Maceo as a suspect in the Dec. 21 death of Jerome Antonio Price, 56, who was fatally shot while sleeping on a sidewalk in Miami’s Wynwood neighborhood, and the Oct. 16 fatal stabbing of Manuel Perez, 59, in downtown Miami. Maceo is also accused in the non-fatal shooting of a homeless man just a few hours before Price’s death.

Surveillance video also led detectives to link Maceo to the Perez death. The man in that video shows a man who looks exactly like Maceo, officials said.

Investigators said they also were able to use video evidence and cellphone records to help them trace Maceo’s movements on the nights both men were killed.

Maceo has no criminal record but has a history of mental illness, authorities said.

The Miami Herald last month reported that Maceo had been sent to a hospital for a mental-health evaluation after he was acting erratically at his parents’ home in Kendall. Police officers seized his Glock but later returned it to him after the department’s legal bureau decided he was not enough of a risk for court intervention.