TALLAHASSEE, Fla. (WTXL) — An indictment for Steven Yinger came down from the grand jury Thursday afternoon with five counts that included the murder of Jorge Diaz Johnston. 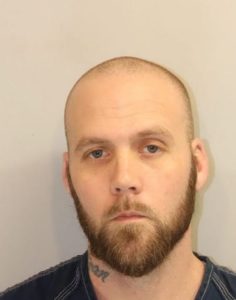 54-year-old Jorge Diaz-Johnston was reported missing on Jan. 8 after last being seen on Jan. 3 in Tallahassee. He was found dead in a Jackson County landfill the same day.

Diaz-Johnston, the brother of Florida Democratic Party chair Manny Diaz, was a champion of same-sex marriage rights in Florida.

Steven Yinger is a career criminal with charges dating back to 2004.

Yinger received a traffic citation while driving a 2013 BMW on Jan. 9. On this citation, it states the officer “conducted a traffic stop on the vehicle of a missing/endangered person, who’s vehicle was also missing.” Yinger was also driving with a suspended license and was issued a criminal citation. 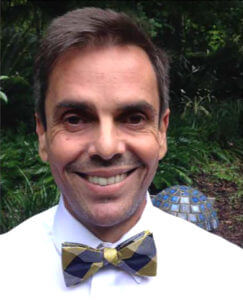 This undated photo provided by the Tallahassee Police Department shows Jorge Diaz-Johnston, who was reported missing Jan. 8, 2021. His body was found the same in a landfill. Police say his death is being investigated as a homicide. (Tallahassee PD)

In Yinger’s indictment that was released Thursday, one of his counts is that he did “knowingly obtain, use, or did endeavor to obtain or use a BMW motor vehicle, property of Jorge Diaz-Johnston.”

Three days after the traffic citation, Yinger was arrested by the Tallahassee Police Department for trespassing, resisting officer without violence, theft and possession of paraphernalia.

According to the police report, Yinger told officers he was “looking for a place to sleep in the street because police were constantly coming to his house on Alachua to talk to him.”

The report also says Yinger agreed to speak with an investigator “about a separate incident,” but did not state specifically what that was.

It is now believed, based on the indictment, that Yinger killed Johnston between January 3 and January 5.

Between January 3, 2022 and January 5, 2022, (Yinger) did unlawfully kill a human being, Jorge Diaz-Johnston, by strangling and/or choking, and the killing was perpetrated from or within a premeditated design or intent to effect the death of Jorge Diaz-Johnston, contrary to Sections and 782.04(1)(a)(1), Florida Statutes.

This story was originally published April 14 by WTXL in Tallahassee, an E.W. Scripps Company.