WARSAW, Mo. (AP) — A man accused of participating in the killing of a 4-year-old Missouri girl in what law enforcement theorized was a religious act has pleaded guilty to second-degree murder.

Ethan Mast, 36, entered the plea Tuesday, admitting to his role in the death of Jessica Mast, television station KYTV reported. 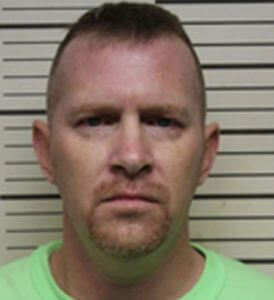 The 4-year-old girl was found dead at her parents’ rural Benton County home on Dec. 20, 2020. Investigators said the girl had been severely beaten with a belt and dunked in an icy pond as part of what appeared to be a “religious-type episode,” Benton County Sheriff Eric Knox said.

Knox has said a 2-year-old child in the home also had been beaten, as had the girl’s parents. An infant son of the couple was unharmed. The surviving children were removed from the home after Jessica Mast’s death.

Three others are charged in her death, including the girl’s parents, James Mast and Mary Mast. Knox has said James Mast told investigators he and his wife observed the beating of their daughter but were told they would be beaten or shot if they tried to intervene.

All four were charged last year with first-degree murder. Prosecutors later amended the charge against Aumen to second-degree murder.

Ethan Mast faces up to life in prison when he’s sentenced at a later date.