CHICAGO (AP) — A Chicago man convicted of a 2003 murder has been granted a new trial, years after his twin brother stepped forward and confessed to the crime.

Kevin Dugar was granted bond Tuesday and assigned to a residential transition facility. Cook County authorities must decide whether to put him on trial again or drop charges.

“This case is in a very different situation than it was 20 years ago,” said attorney Ron Safer, who hopes the case is dropped. “Everybody knows much more about it.”

In 2013, a decade after the homicide, Dugar’s identical twin, Karl Smith, wrote a letter, saying he was the one who fired into a group of people, killing one and injuring another. Smith is serving decades in prison for other crimes. 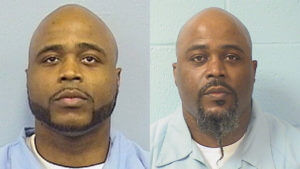 A judge in 2018 said Smith wasn’t credible and refused to throw out Dugar’s conviction and 54-year prison sentence. Prosecutors said Smith had nothing to lose by speaking up for his brother.

But the Illinois Court of Appeals in 2021 overturned that decision, an opinion that led to Dugar’s eventual release.

The brothers dressed alike until eighth grade and had impersonated each other for years, the Chicago Tribune reported in 2018 when they both appeared in court. They have different last names because Smith took his mother’s maiden name.

Dugar long maintained his innocence and had turned down a plea deal that would have carried an 11-year prison sentence, far short of his subsequent 54-year term.