DENVER (AP) — A Colorado man has been sentenced to more than 23 years in federal prison after pleading guilty to shooting a ranger at Rocky Mountain National Park last year. The ranger was wearing a bulletproof vest and wasn’t seriously injured. 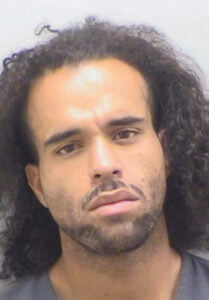 Daron Ellis, 29, of Aurora was sentenced Monday in federal court in Denver after pleading guilty to attempted murder of a federal officer and brandishing a firearm during a crime of violence, The Denver Post reported.

The Dec. 8 shooting occurred after a Colorado State Patrol officer tried to stop Ellis outside the park for speeding. The trooper learned the car was stolen and ordered Ellis to leave the car, but Ellis sped off, authorities said.

A National Park Service Law Enforcement ranger spotted the car at the Fall River entrance to the national park in Colorado and ordered Ellis to show his hands. Ellis shot the ranger in the chest with a semiautomatic handgun; the ranger returned fire, wounding Ellis, according to the U.S. Attorney’s Office for the District of Colorado.

The ranger’s identity hasn’t been released.