BURLINGTON, Iowa (AP) — A suspect in the June shooting of a Chicago police officer has been arrested in Iowa, police said. 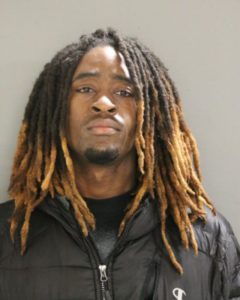 Jabari Edwards, 28, of Chicago, was arrested Wednesday in Burlington, The Hawk Eye of Burlington reported.

Edwards was wanted on warrants out of Cook County, Illinois, on two counts of attempted first-degree murder of a police officer.

Edwards fired at two officers who were trying to stop a vehicle he was driving for a minor violation on June 1, Chicago police Superintendent David Brown said.

Officer Fernanda Ballesteros was shot in the head. She was released from the hospital June 6 and is recovering at home, Brown said. Her partner was not injured and drove her to the hospital.

Edwards is being held at the Des Moines County Correctional Center without bond and is awaiting extradition to Chicago.