ST. LOUIS (AP) — A St. Louis man who has spent much of his adult life in prison for violent crimes has been sentenced to up to 20 years for killing a woman in January 2018.

Walter D. Kemp, 67, pleaded guilty this week to second-degree murder and armed criminal action in the death of Haley Davis, 30, on July 20, 2018. Prosecutors said Kemp killed Davis during an argument outside her apartment. 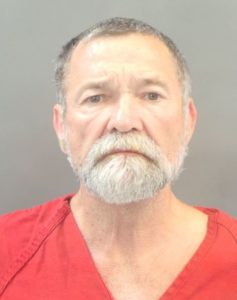 He was sentenced on Monday to 20 years in prison. On Friday, he was given a concurrent 10-year sentence for being a felon in possession of a weapon in a 2017 case.

Kemp’s criminal history includes charges in at least three other homicides in the St. Louis region since the 1970s. He was sentenced to 29 years in prison in 1979 for killing Charles McKinnon on June 2, 1976, and robbing a restaurant in Eureka. He was acquitted of killing the restaurant manager, The St. Louis Post-Dispatch reported.

Kemp was also charged but never tried in the 1976 killing of a security guard at a gas station in Villa Ridge in Franklin County. His criminal history also includes several convictions for assault and sexual crimes.