ST. LUCIE COUNTY, Fla. (WPTV) — A man who was wrongly arrested for murdering his mother has settled a lawsuit against the St. Lucie County Sheriff’s Office.

In December 2016, Sheila Hamner was killed in her Fort Pierce home.

Neighbors heard screams, the screams of Kenny Hamner, who told investigators he discovered his mother’s body and was struck in the forearm by another man. 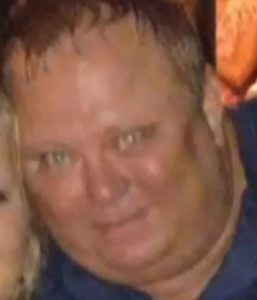 “We have information that a dark-skinned, Hispanic male was involved,” Sheriff Ken Mascara said at the scene that night.

But in January of 2017, detectives told Hamner he received a low score on a lie detector test. Two months later though, the charges against Hamner were dropped.

“But initially, the physical evidence there, the eyewitness testimony did not support what Kenny told us on scene,” Mascara said in 2017.

But when asked if Mascara was still a suspect, the sheriff would not exonerate him.

“I don’t want to say anything about Kenny in that regard right now,” Mascara said.

In March of 2018, another man, Carlos Gilbert Arellano-Ramirez, was indicted for the murder.

In the summer of 2020, Arellano-Ramirez was expected to take a plea deal, but at the last minute, decided to go to trial.

Hamner and his family were in the courtroom that day.

At the end of 2020, Hamner sued the St. Lucie County Sheriff’s Office and a settlement was just reached in federal court. The financial details are confidential.

In a deposition taken earlier this year, Hamner described how he was isolated by his family while he was in jail, as they had been told he had killed their mother, and how difficult it was to clear his name in the public’s eye.

Hamner also described that it was like “a sock in the gut” when the sheriff would not clear his name.

WPTV reached out to the sheriff on Wednesday but he declined to comment on the settlement.

Through a friend, Hamner said he was not ready yet to speak publicly on the matter.

As for Arellano-Ramirez, he has a court appearance scheduled for next week.

This story was originally published Sept. 21, 2022 by WPTV in West Palm Beach, an E.W. Scripps Company.