ANNAPOLIS, Md. (AP) — A Maryland Eastern Shore judge who was about to be arrested at his home on federal charges of sexual exploitation of a child was found dead Friday, officials said. 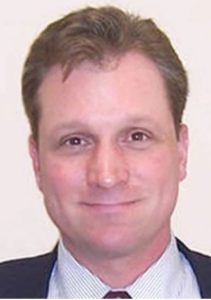 “Upon entering the residence the agents found Newell suffering from an apparent self-inflicted gunshot wound,” a joint statement from Acting Maryland U.S. Attorney Jonathan Lenzner and other officials said. “He was pronounced dead at 6:43 a.m. Maryland State Police will lead the investigation into the apparent suicide.”

According to a federal affidavit unsealed Friday, investigators from the Maryland State Police responded to a cabin in Fishing Creek, Maryland, on Hoopers Island on July 23 after a minor found a video camera in the bathroom, took photos of it with his phone and called his parents. Police arrived and interviewed two minors. One of the minors said the two had spent the night at the cabin, along with a man and four other boys.

Investigators interviewed Newell at the cabin the same day, according to the affidavit. The 50-year-old judge waived his Miranda rights and agreed to be interviewed. Newell told police that 10 “members” had access to the cabin who “come and go.” Newell also denied placing a camera in the bathroom, the affidavit said.

According to the affidavit, Newell went to his bedroom after the interview to plug in his cell phone and make calls. Investigators observed him reaching under his bed and placing his fist up to his mouth. Investigators suspected that Newell had ingested evidence because a memory card from a box with camera equipment appeared to be missing. He was taken to a hospital for CT scans, which showed he had ingested a metallic object, the affidavit said.

“In some of the videos, Newell is seen setting up the camera in the bathroom,” the affidavit said.

The FBI interviewed several youths who said they had been to the cabin with Newell and that he had checked their naked bodies for ticks while in the bathroom.

Newell had been on leave for more than a month. He had been a judge since 2016. Before that, he was the county’s state’s attorney since 2003.