CORUNNA, Mich. (AP) — A Michigan man who acknowledged killing another man and hanging the mutilated body from a ceiling will face life in prison without parole after a judge said Wednesday that it was premeditated murder. 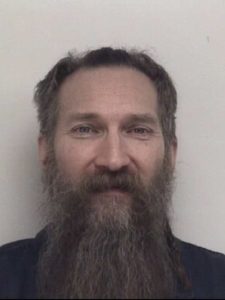 Mark Latunski pleaded guilty in September. But it was up to a judge to determine whether the death of Kevin Bacon in 2019 was first-degree murder or another type of homicide.

First-degree murder carries a mandatory sentence of life in prison. The next hearing is Dec. 15.

Police said Latunski admitted to killing Bacon, 25, whom he had met through the dating app Grindr, and eating parts of the body in Bennington Township, 90 miles (145 kilometers) northwest of Detroit.

Latunski initially was found incompetent to stand trial, but that status changed after mental health treatment.

Defense attorney Mary Chartier said first-degree murder didn’t fit the case. She noted that Latunski allowed police inside the home knowing that Bacon’s body was hanging from the ceiling.

“He did not measure the consequences at all,” Chartier said.