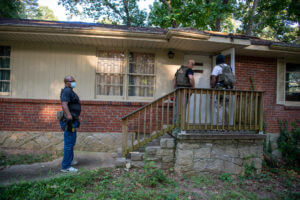 US Marshals Office of Public Affairs

ATLANTA (AP) — Nearly 40 missing or endangered children have been rescued by federal and state agents during a law enforcement operation in Georgia, authorities say.

The U.S. Marshals Service announced Thursday that 13 missing children were found and an additional 26 endangered children were rescued during the two-week operation centered on Atlanta and a city to its south, Macon.

The missing children were considered to be “some of the most at-risk and challenging recovery cases” and some were likely victims of child sex trafficking, child exploitation, abuse and had medical or mental health conditions, authorities said. 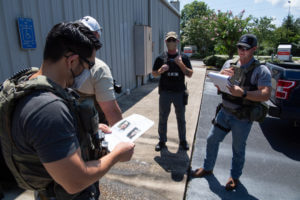 US Marshals Office of Public Affairs

Nine people were arrested on charges including sex trafficking, parental kidnapping and custodial interference, as well as registered sex offender and weapons violations.

Authorities did not identify the suspects.

“When we track down fugitives, it’s a good feeling to know that we’re putting the bad guy behind bars. But that sense of accomplishment is nothing compared to finding a missing child,” said Darby Kirby, chief of the Missing Child Unit. “It’s hard to put into words what we feel when we rescue a missing child, but I can tell you that this operation has impacted every single one of us out here.”

U.S. Marshals Director Donald Washington said the FBI has reports of more than 421,000 missing children and of those, around 90% are considered endangered runaways. One in 6 of the endangered runaways is likely to become the victim of sex trafficking, authorities said.

According to Washington, roughly 300 young girls in the Atlanta area are lured into trafficking every month. One of his most important messages was directed to victims of trafficking — “We will never stop looking for you.”