CORINTH, Miss. (Court TV) – A Mississippi woman is facing multiple criminal charges after a 2-year-old boy died from injuries he sustained while in her care. 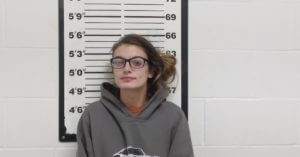 According to the Alcorn County Sheriff’s Office, deputies were called to a home in Corinth, Mississippi the evening of Tuesday, September 13 where they found the boy unresponsive with marks and bruises on his body; as well as an injured 11-month-old girl.

The children were taken to a Memphis hospital, where the boy later died died. According to the DeSoto County News, the little girl remained hospitalized and was most recently listed in stable condition.

Investigators later learned that the children had been under Durham’s care.

Details of what occurred that evening prior to the children being beaten have not yet been released by authorities.

According to the sheriff’s office, Durham remains at the Alcorn County Jail while she awaits a court appearance.