CLAYTON, Mo. (AP) — An elderly Missouri woman who removed her disabled daughter from a nursing home and stabbed her to death at a hotel has been sentenced to 10 years in prison. 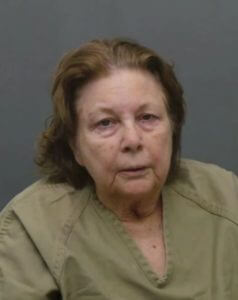 The younger woman was found dead at a Holiday Inn Express in Fenton. Her mother left a note for housekeepers to explain her actions and instruct them to call police, prosecutors said.

Theleman took her daughter, who was mentally disabled, from the nursing home to the hotel and stabbed her with a knife, according to the charges. She also attempted to suffocate herself with a plastic bag, prosecutors said.

Her relatives said in 2019 that Marjorie Theleman believed she had dementia and killed her daughter so her two sons would not have to care for their sister.

Her lawyer, Scott Rosenblum, said his client is eligible for release in about two years.