Court records show Rafaelle Sousa, 38, pleaded guilty to attempted first-degree murder and child abuse, and was sentenced Wednesday to 7 1/2 years in prison, with credit for the more than three years she’s already served in the Palm Beach County Jail. 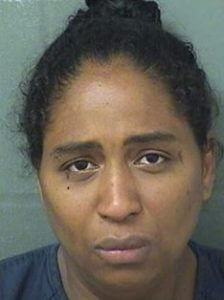 Following her release, Sousa will be on probation for five years.

The Palm Beach County Sheriff’s Office said Sousa, shortly after giving birth to her baby girl on May 8, 2019, left her newborn in a dumpster at an apartment complex off Boca Entrada Boulevard.

Investigators said Sousa placed her daughter in a bag with “household garbage and coffee grinds.”

According to her arrest report, Sousa told detectives she “went back twice to the dumpster to make sure the baby was dead but never approached the bag.”

The little girl, whose name is Sarah Jimenes Carvalho, survived the incident. Her father, Carlos Jimenes Martins, has custody of her.

This story was originally published July 27, 2022 by WPTV in West Palm Beach, an E.W. Scripps Company.