CENTENNIAL, Colo. (AP) — Connie Bennett had a birthday gift to deliver to her granddaughter for her upcoming 8th birthday, so, at the end of a busy weekend nearly 40 years ago, she stopped by to drop off the organ and had an impromptu early celebration with cake and ice cream with her son Bruce’s family. The next day she went back to the home after her son and his wife failed to turn up at work and found his bloody body inside next to the kitchen where some dishes from the party had been left.

“I fell on my knees and I asked him ‘Bruce, what happened?’ and he couldn’t respond,” Connie Bennett, now 87, testified Tuesday at the start of the murder trial of Alex Ewing, a former Nevada prison inmate linked through DNA evidence in 2018 to the 1984 killings of Bruce and Debra Bennett and their 7-year-old daughter Melissa in Aurora. The couple’s younger daughter, 3-year-old Vanessa, was also beaten in the head with a hammer like her parents and sister, according to prosecutors, but she was still alive after firefighters responded to Connie Bennett’s 911 call and survived. 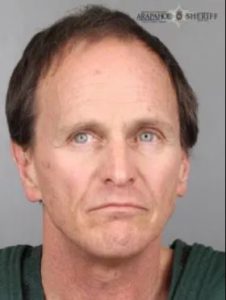 The DNA profile that was eventually developed as science improved was from semen left behind on the comforter that was found covering Melissa and a piece of carpet cut from underneath where her body was found in the bedroom she shared with her sister. She had been violently raped and murdered, District Attorney John Kellner told jurors during opening statements. Later, photos of some of her injuries were passed silently from juror to juror rather than displayed on video screens as other evidence photos had been, as Connie and Vanessa Bennett sat in the front row of the gallery.

Ewing, who sat next to his lawyers and sometimes took notes during proceedings, was identified as the suspect in the killings of the Bennetts as well as the death of another person in suburban Denver about a week before — Patricia Smith, who was also beaten with a hammer and sexually assaulted — after DNA profiles were taken from both scenes was matched with Ewing’s in a national database.

Ewing was required to give a sample while in prison under a 2013 Nevada law requiring one from anyone arrested in the state on a felony charge that was applied retroactively to inmates starting in 2016. He was convicted there of attacking a couple with an ax handle in their bedroom in Henderson in August 1984, eight months after the Bennetts and Smith was killed.

One of Ewing’s public defenders, Stephen McCrohan, told jurors that other evidence recovered at the Bennett home points to more than one person being involved in the killings and to people other than Ewing being responsible. He also faulted investigators for working without gloves and not securing the home after the killings.

“Simple. Simple is the story the government wants you to believe about what happened here,” McCrohan said.

No semen was found on the carpet when experts examined it in 1984 and evidence taken from Melissa’s body was destroyed so it cannot be tested to see if it contains DNA matching Ewing’s, he said. A blood imprint left on Melissa’s pajamas was determined by an expert to say “RICHAR”, he said. Fingerprints left on the upstairs bathroom sink, which had been turned off because of a leak, did not belong to any of the Bennetts or Ewing, said McCrohan, who said police often roamed around the house, using the bathroom and watching television, during their investigation.

Investigators were so determined to solve such a heinous crime — after initially investigating the possibility of a Satanic cult being involved or possibly one of Bruce Bennett’s brothers — that, McCrohan said, they did not do much detective work after finding a DNA profile matching Ewing on the carpet and comforter, other than confirming he lived in the Denver area in 1984.