CANBERRA, Australia (AP) — An Australian state attorney general on Wednesday declined to pardon a mother convicted almost 20 years ago of smothering her four children to death and instead ordered a new inquiry into whether there could be a medical explanation for the tragedies.

The inquiry will be the second in three years into scientific evidence that all four of Kathleen Folbigg’s children may have died of natural causes. 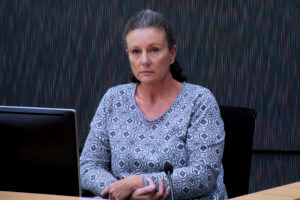 A growing number of scientists say Folbigg, now 54, could be the victim of a tragic miscarriage of justice.

The schism between legal and scientific opinion has grown with advancements in genetic research since 2003, when Folbigg was convicted on three charges of murder and one of manslaughter.

A petition to the New South Wales state governor in March last year calling for Folbigg to be pardoned “based on significant positive evidence of natural causes of death” was signed by 90 scientists, medical practitioners and related professionals, including two Nobel laureates.

Attorney General Mark Speakman, who advises the governor on such petitions, said on Wednesday the case requires a transparent response rather than a pardon.

“I can well understand why members of the public may shake their heads and roll their eyes in disbelief about the number of chances that Ms. Folbigg has had to clear her name, and (ask) why does the justice system allow someone who has been convicted of … multiple homicides get another go,” Speakman said.

“Certainly there is enough of a question or doubt that this new scientific evidence raises that justifies some form of intervention,” Speakman added.

Folbigg was sentenced to 30 years in prison and will become eligible for parole in 2028. None of her children survived to a second birthday.

Her first child, Caleb, was born in 1989 and died 19 days later in what a court determined to be the lesser crime of manslaughter. Her second child, Patrick, was 8 months old when he died in 1991. Two years later, Sarah died at 10 months. In 1999, Folbigg’s fourth child, Laura, died at 19 months.

An autopsy found Laura had myocarditis — an inflammation of heart muscle that can be fatal. Patrick suffered epilepsy and his death was attributed to an airway obstruction due to a seizure and an infection. The other two deaths were recorded as sudden infant death syndrome.

The criminal case against Folbigg was circumstantial and relied on interpretations of vague entries she made in diaries, one of which her estranged husband read and reported to police.

In addition to the new scientific evidence, Folbigg’s lawyer, Rhanee Rego, said she expects the new inquiry will consider reports from psychiatrists, psychologists and linguists that say there were no murder confessions in the diaries.

“We are confident that the overwhelming evidence will finally free Kathleen Folbigg and prove her innocence,” Rego said in a statement.

Speakman said he declined an invitation from the Australian Academy of Science, an independent organization representing scientists, for an explanation of the evidence against Folbigg’s guilt. 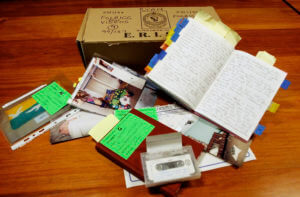 Academy chief executive Anna-Maria Arabia said she respects the government’s decision to hold a second inquiry despite many scientists agreeing there is “overwhelming evidence to justify Ms. Folbigg’s immediate release.”

In 2015, Folbigg’s lawyers successfully petitioned for a judicial investigation of her convictions based on concerns raised by several forensic pathologists.

Retired Justice Reginald Blanch concluded in 2019 that Folbigg was “untruthful” and “unbelievable” in attempts to obscure her guilt.

Blanch also heard fresh evidence from Carola Vinuesa, co-director of the Australian National University’s Center for Personalized Immunology, that both girls and their mother shared a recently discovered genetic mutation that is linked to abnormal heartbeats and sudden death in children.

In 2020, the cardiology journal Europace from Oxford University Press published findings by 27 scientists from Australia, the United States, Canada, France, Denmark and Italy describing the genetic mutation in the Folbigg girls. The team also reported that the boys carried different and rare variants of a gene that when defective causes mice to die young from epileptic fits.

Retired New South Wales Chief Justice Tom Bathurst will conduct the new inquiry. He could potentially recommend that Folbigg be pardoned or her convictions be quashed, Speakman said.

“Whatever the outcome of this inquiry, it is an extraordinary tragedy,” Speakman said.