The sprawling Manhattan tourist attraction is one of scores of “sensitive” places — including parks, churches and theaters — that will be off-limits for guns under a sweeping new state law going into effect Thursday. The measure, passed after a U.S. Supreme Court decision in June expanded gun rights, also sets stringent standards for issuing concealed carry permits. 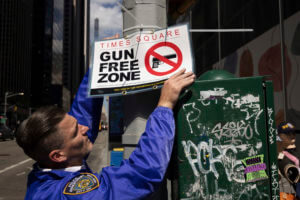 New York is among a half-dozen states that had key provisions of its gun laws invalidated by the high court because of a requirement for applicants to prove they had “proper cause” for a permit. Gov. Kathy Hochul said Friday that she and her fellow Democrats in the state Legislature took action the next week because the ruling “destroyed the ability for a governor to be able to protect her citizens from people who carry concealed weapons anywhere they choose.”

However, the law has led to confusion and court challenges from gun owners who say it improperly limits their constitutional rights.

“They seem to be designed less towards addressing gun violence and more towards simply preventing people from getting guns — even if those people are law-abiding, upstanding citizens, who according to the Supreme Court have the rights to have them,” said Jonathan Corbett, a Brooklyn attorney and permit applicant who is one of several people challenging the law in court.

A federal judge let the new rules go forward Wednesday evening, hours before they were to take effect. Despite writing that the arguments for granting a preliminary injunction to stop the rules were persuasive, Judge Glenn Suddaby said the plaintiffs — an upstate New York resident and three gun rights organizations — didn’t have standing to bring the legal action. Suddaby said he came to that decision partly because the man, a legal gun owner, couldn’t demonstrate he was at risk of a credible threat of prosecution under the new guidelines, among other factors.

Messages were left Wednesday with an attorney representing some of the plaintiffs. In a tweet, New York Attorney General Letitia James called the ruling a major victory “against baseless attacks by the gun lobby.” 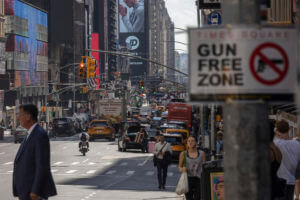 Under the law, applicants for a concealed carry permit will have to complete 16 hours of classroom training and two hours of live-fire exercises. Ordinary citizens would be prohibited from bringing guns to schools, churches, subways, theaters and amusement parks — among other places deemed “sensitive” by authorities.

Applicants also will have to provide a list of social media accounts for the past three years as part of a “character and conduct” review. The requirement was added because shooters have sometimes dropped hints of violence online before they opened fire on people.

Sheriffs in some upstate counties said the additional work for their investigators could add to existing backlogs in processing applications.

In Rochester, Monroe County Sheriff Todd Baxter said it currently takes two to four hours to perform a pistol permit background check on a “clean” candidate. He estimate the new law will add another one to three hours for each permit. The county has about 600 pending pistol permits.

“It’s going to slow everything down just a bit more,” he said.

In the Mohawk Valley, Fulton County Sheriff Richard C. Giardino had questions on how the digital sleuthing would proceed.

“It says three years’ worth of your social media. We’re not going to print out three years of social media posts by everybody. If you look at my Facebook, I send out six or 10 things a day,” said the sheriff, a former district attorney and judge.

The list of prohibited spaces for carrying guns has drawn criticism from advocates who say it’s so extensive it will make it difficult for people with permits to move about in public. People carrying a gun could go into private business only with permission, such as a sign posted on the window.

Giardino has already started giving out signs to local businesses saying people can carry legal firearms on the premises. Jennifer Elson, who owns the Let’s Twist Again Diner in Amsterdam, said she put up the sheriff’s sign, along with one of her own reading in part “per our governor, we have to post this nonsense. If you are a law abiding citizen who obtained a legal permit to carry, you are welcome here.”

But in Times Square — visited by about 50 million tourists annually — and many less-crowded places, carrying a gun will be illegal starting Thursday.

The Supreme Court ruling also led to a flurry of legislation in California to tighten rules on gun ownership, including a new law that could hold gun dealers and manufacturers responsible for any harm caused by anyone they have “reasonable cause to believe is at substantial risk” of using a gun illegally.

New Jersey required people to get training before receiving a permit, and would make new residents register guns they bring from out of state.

Hawaii, which has the nation’s lowest number of gun deaths, is still weighing its options. Since the Supreme Court’s ruling, the state has only granted one new gun permit.

While New York doesn’t keep statewide data on pistol permit applications, there are reports of long lines at county clerks’ office and other evidence of a surge in applications before the law takes effect.

“I had to turn hundreds of them away,” he said. 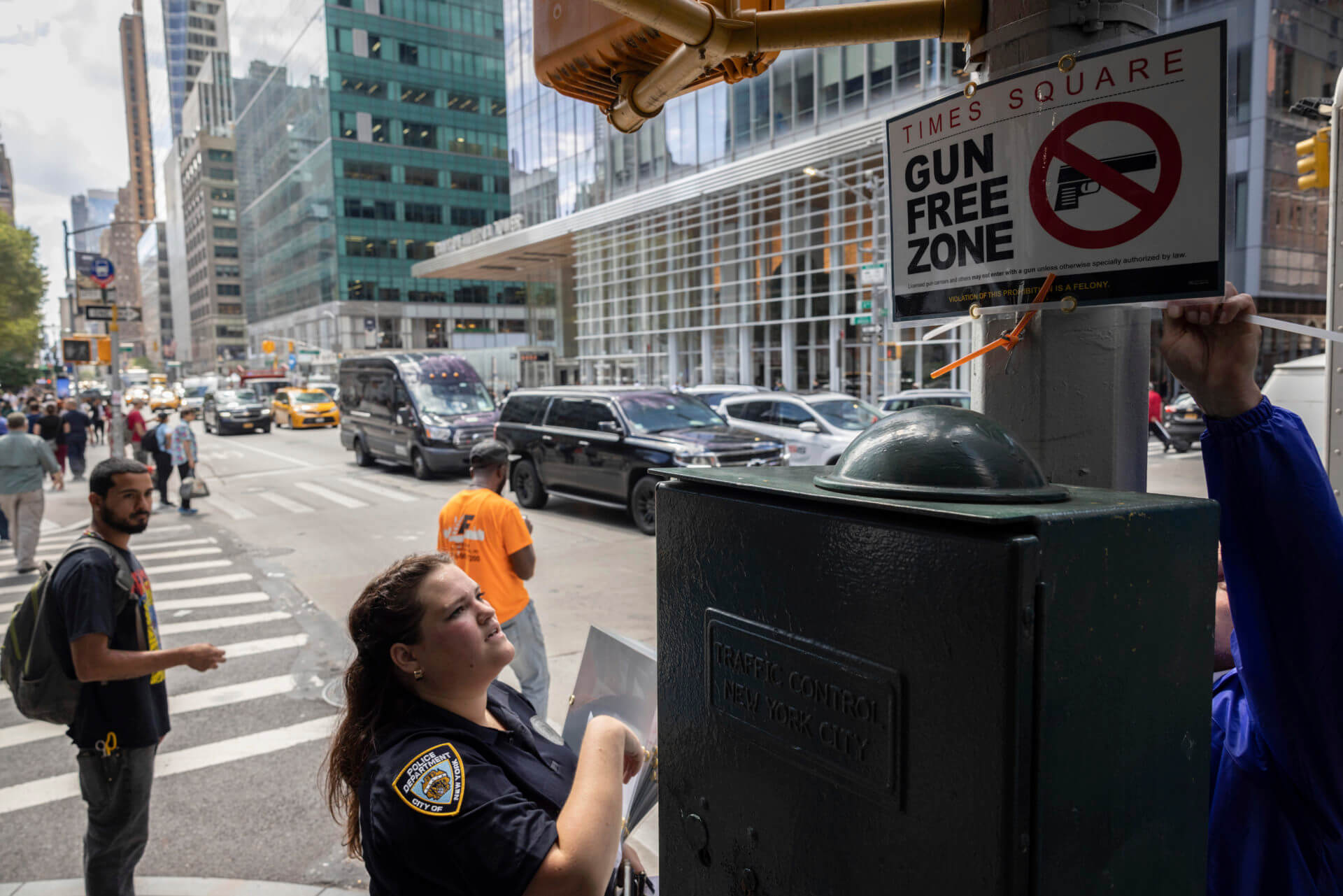