COLUMBUS, Ohio (AP) — A gunman who died in a shootout after trying to get inside the FBI’s Cincinnati office apparently went on social media and called for federal agents to be killed “on sight” following the search at Donald Trump’s home, a law enforcement official said.

Federal investigators are examining social media accounts they believe are tied to the gunman, 42-year-old Ricky Shiffer, according to the official, who was not authorized to discuss the investigation publicly and spoke to The Associated Press on condition of anonymity. 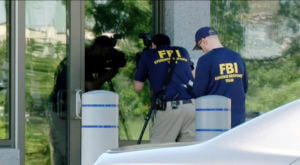 In this still image taken from WKEF/WRGT video, members of the FBI Evidence Response Team work outside the FBI building in Kenwood, Ohio, Thursday, Aug. 11, 2022. An armed man decked out in body armor tried to breach a security screening area at an FBI field office in Ohio on Thursday, then fled and was injured in an exchange of gunfire in a standoff with law enforcement, authorities said. (Courtesy WKEF/WRGT via AP)

At least one of the messages on Trump’s Truth Social media platform appeared to have been posted after Shiffer tried to breach the FBI office. It read: “If you don’t hear from me, it is true I tried attacking the F.B.I.”

Another message posted on the same site this week from @rickywshifferjr included a “call to arms” and urged people to “be ready for combat” after the FBI search at Trump’s Mar-a-Lago estate in Florida.

Authorities also are looking into whether Shiffer, a Navy veteran, had ties to far-right extremist groups such as the Proud Boys, the official said.

Shiffer was armed with a nail gun and an AR-15-style rifle when he tried to breach the visitor screening area at the FBI office Thursday, according to the official. Shiffer fled when agents confronted him.

He was later spotted by a state trooper along a highway and got into a gunbattle that ended with police killing him, authorities said.

The burst of violence unfolded amid FBI warnings that federal agents could face attacks following the search in Florida. 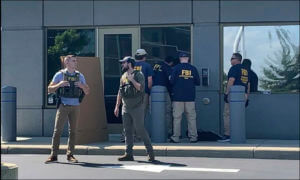 In this image taken from FOX19 Cincinnati video, FBI officials gather outside the FBI building in Cincinnati, Thursday, Aug. 11, 2022. An armed man decked out in body armor tried to breach a security screening area at the FBI field office in Ohio on Thursday, then fled and exchanged gunfire in a standoff with law enforcement, authorities said. (FOX19 Cincinnati via AP)

The FBI is investigating what happened in Cincinnati as an act of domestic extremism, according to the law enforcement official.

Shiffer is believed to have been in Washington in the days leading up to the Jan. 6, 2021, insurrection and may have been at the Capitol that day but was not charged with any crimes in connection with the riot, the official said.

Officials have warned of a rise in right-wing threats against federal agents since the FBI entered Trump’s estate in what authorities said was part of an investigation into whether he took classified documents with him after leaving the White House. Supporters of the former president have railed against the search, accusing the FBI and the Justice Department of using the legal system as a political weapon.

FBI Director Christopher Wray denounced the threats as he visited an FBI office in Omaha, Nebraska, on Wednesday, saying, “Violence against law enforcement is not the answer, no matter who you’re upset with.”

The FBI on Wednesday also warned its agents to avoid protesters and ensure their security key cards are “not visible outside FBI space,” citing an increase in social media threats against bureau personnel and offices. 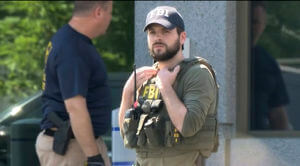 In this still image taken from WKEF/WRGT video, an FBI agent stands guard as members of the FBI Evidence Response Team work outside the FBI building in Kenwood, Ohio, Thursday, Aug. 11, 2022. An armed man decked out in body armor tried to breach a security screening area at an FBI field office in Ohio on Thursday, then fled and was injured in an exchange of gunfire in a standoff with law enforcement, authorities said. (Courtesy WKEF/WRGT via AP)

A now-suspended Twitter account, @rickyshiffer, shared the same profile picture as the Truth Social account and similar opinions, including a call for armed conflict in the U.S. this past spring.

It included posts saying that “elections are rigged” against conservatives and that the country faces “tyranny.”

“I don’t think it’s a one-off incident,” said Amy Cooter, a researcher at Middlebury College who is an expert on militias. “I’m afraid there’s going to be a pocket full of people who feel compelled to act.”

Courthouses, government offices and election headquarters all could be targets, she said. “Anywhere is fair game now because these folks feel this a personal issue for them,” Cooter said.

Shiffer worked as an electrician, according to one of his social media profiles. He was a registered Republican who voted in the 2020 primary from Columbus, Ohio, and in the 2020 general election from Tulsa, Oklahoma, according to public records.

Court records show the Ohio Department of Taxation filed suit against him in June, seeking a $553 tax lien judgment, according to court records listing him at an address in St. Petersburg, Florida. He also previously lived at several addresses in Columbus and in Omaha, Nebraska.

He enlisted in the Navy in 1998 and served on the USS Columbia submarine from 1999 to 2003, according to military records. He later was an infantry soldier in the Florida Army National Guard from 2008 to 2011, when he was honorably discharged. 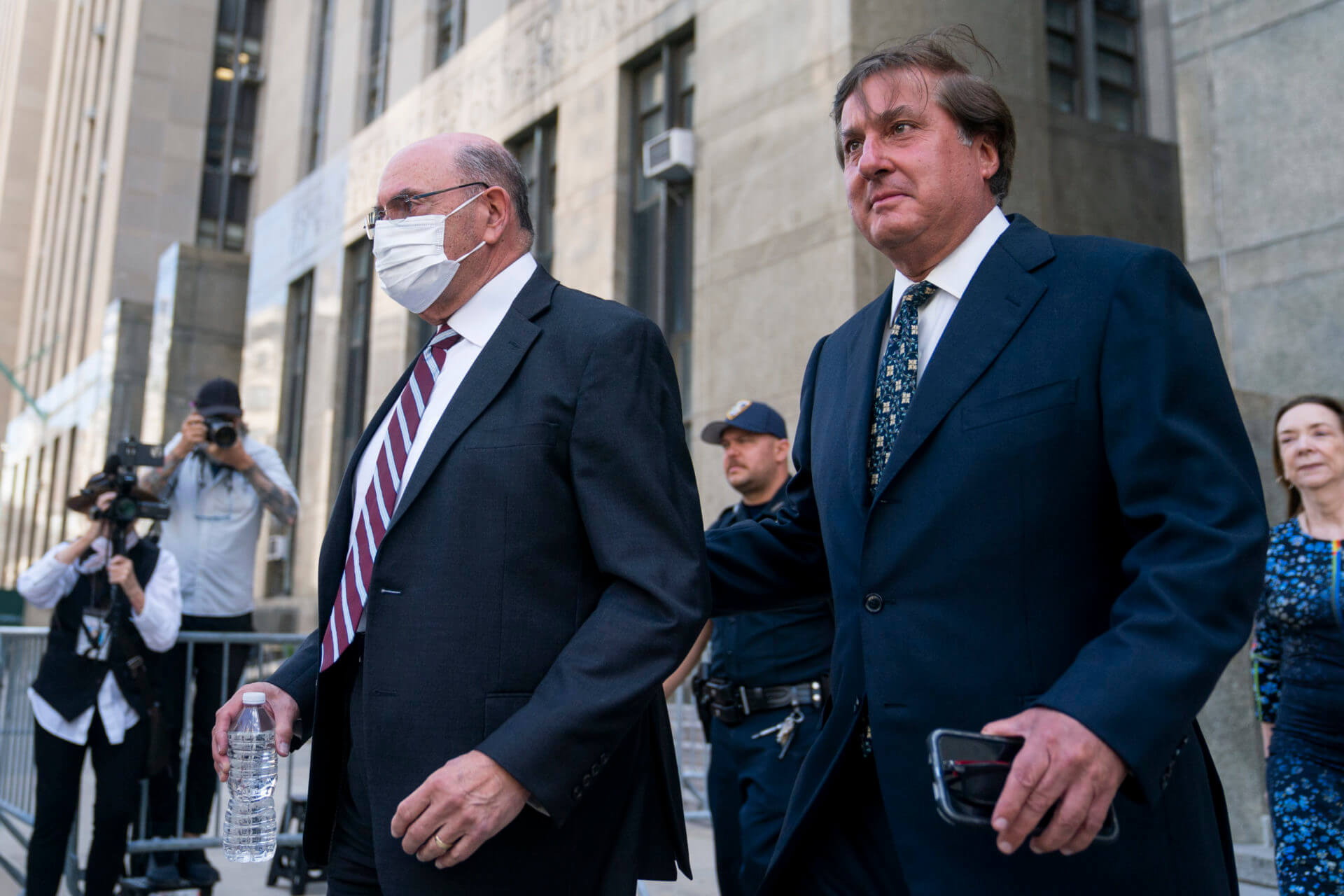