GULFPORT, Miss. — Police in Gulfport, Mississippi are looking for an Ohio man that disrupted the live shot of MSNBC correspondent Shaquille Brewster, who was reporting on Hurricane Ida.

The man, later identified as Benjamin Eugene Dagley of Wooster, has been charged with simple assault, disturbance of the peace and violation of emergency curfew, Gulfport Police said. 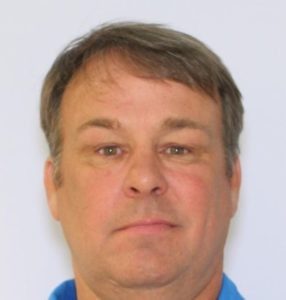 Video of the incident shows Brewster reporting on the aftermath of the storm when a man in a white Ford pickup truck stops nearby, gets out, and walks towards him, yelling.

Brewster stepped out of the man’s way, but the man confronted him again, and yelled in his face. The altercation continued for a moment before the newscast cut back to the anchor desk. After the incident, Brewster tweeted that he was safe.

Gulfport issued a warrant for Dagley’s arrest on Tuesday. Police said that when they reviewed Dagley’s prior criminal history, they were alerted to a possible probation violation out of Cuyahoga County.

According to Cuyahoga County Court of Common Pleas records, Dagley was on probation for a prior offense and didn’t have permission to leave the state when the incident at the beach occurred. In addition to the arrest warrant issued by Gulfport police, a warrant as also been issued by authorities in Cuyahoga County for violating probation.

Dagley’s whereabouts are currently unknown. Gulfport police said they believe Dagley is no longer in the area. He may be traveling in a 2016 Ford F-150 with Ohio license plate PJR1745.

Anyone with information about Dagley’s location is asked to contact their local police department.

Some guy jumps out of a pickup truck and angrily confronts Brewster’s crew, prompting a shaken Craig Melvin to express extreme concern for his colleague. pic.twitter.com/v1tYnUsqTj

This story was originally published August 31, 2021, by WEWS in Cleveland, an E.W. Scripps Company.