Barnes’ body was found by a cleaning crew on St. Patrick’s Day.

She was discovered under a pile of blankets and clothes on the balcony of a Cleveland apartment in the 4300 block of Warner Road.

Police said the apartment once belonged to 39-year-old Bennie Washington until he was recently evicted.

According to police, he was dating Barnes.

Washington was arrested two days after her body was found and has been charged with aggravated murder and abuse of a corpse.

“Now I gotta spend the rest of my life spending every birthday without her, and know she didn’t get to get past her 18th birthday,” Barnes’ mother said. 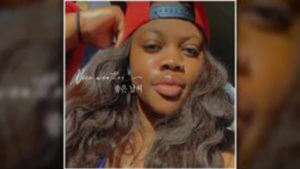 An autopsy revealed Barnes had a gunshot wound to the head and police said they found several shell casings near her body and a bullet defect inside the apartment.

Her family said she disappeared from Warrensville Heights after visiting a Cleveland Armed Service Recruiting Office in July 2021.

Barnes’ mother said police didn’t do enough to find her daughter after they believed she was a runaway.

“Where was y’all at when I asked for help,” she said. “She would never walk away from me or her siblings never and now we don’t have her.”

This story was originally published March 22, by WEWS in Cleveland, an E.W. Scripps Company.