WASHINGTON (AP) — Former U.S. Ukraine Ambassador Marie Yovanovitch opened the second day of Trump impeachment hearings Friday providing chilling detail how she felt a “big threat” after being suddenly ousted from her post and learning that President Donald Trump personally called her “bad news” on his July phone call with the Ukrainian president. 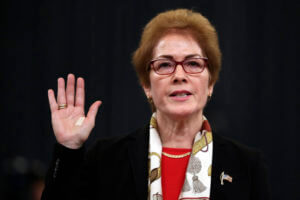 Former U.S. Ambassador to Ukraine Marie Yovanovitch is sworn in to testify to the House Intelligence Committee on Capitol Hill in Washington, Friday, Nov. 15, 2019, during the second public impeachment hearing of President Donald Trump’s efforts to tie U.S. aid for Ukraine to investigations of his political opponents. (AP Photo/Andrew Harnik)

Yovanovitch told the House Intelligence Committee of a concerted “smear” campaign against her by Trump’s personal lawyer, Rudy Giuliani, and others, including the president’s son, Donald Trump Jr.

As Yovanovitch testified at the Capitol, the president assailed her anew from the White House.

Moments after Trump’s press secretary said he would not be watching the hearing, he went after Yovanovitch as she spoke, declaring that everywhere she served “turned bad.” He said that as president he had the “absolute right” to appoint his own ambassadors.

At the hearing, the career ambassador told the lawmakers her sudden removal by Trump played into the hands of “shady interests the world over” with dangerous intentions toward the United States.

She said she was “shocked and devastated” upon learning Trump said “she was going to go through some things” on his call with Ukraine.

She recalled that as she read the White House’s rough transcript of Trump’s conversation another person said, “The color drained from my face.”

She said quietly, “Even now words fail me.”

Her removal is one of several events at the center of the impeachment effort.

“These events should concern everyone in this room,” the diplomat testified in opening remarks. “Shady interests the world over have learned how little it takes to remove an American ambassador who does not give them what they want.”

The daughter of immigrants who fled the former Soviet Union and Nazi German, she described a 33-year career, including three tours as an ambassador to some of the world’s tougher postings, before arriving in Ukraine in 2016. She was forced out in May 2019.

She denied the accusations against her, including that she favored Democrat Hillary Clinton over Trump in the 2016 election and that she circulated a “Do Not Prosecute” list to former top prosecutor in Ukraine, Sergiy Lutsenko, which she called a “fabrication.”

Rep. Adam Schiff, the Democratic chairman of the panel, opened the day’s hearing saying she was “too tough on corruption for some, and her principled stance made her enemies.”

It became clear, he said, “President Trump wanted her gone.”

The top Republican on the panel, Rep. Devin Nunes of California, bemoaned the hearings as a “daylong TV spectacle.”

Nunes complained that Democrats are relying on hearsay testimony from witnesses who only know of Trump’s actions second-hand. He also pressed to hear from the still anonymous government whistleblower who first alerted officials about President Donald Trump’s phone call with Ukraine that is in question. “These hearings should not be occurring at all,” he said.

Just as the hearing was opening, the White House released its rough transcript of an earlier call Trump had with Ukraine President Volodymyr Zelenskiy that was largely congratulatory.

Nunes read that transcript aloud. In it, Trump mentioned his experience with the Miss Universe pageant in Ukraine and invited Zelenskiy to the White House. He closed with, “See you very soon.”

Yovanovitch, a career diplomat, who has served both Republican and Democratic presidents, relayed her striking story of being told to “watch my back” and then being suddenly recalled by Trump in a swiftly developing series of events that sounded alarms about a White House shadow foreign policy.

In particular, Yovanovitch and others have described Giuliani, Trump’s lawyer, as leading an “irregular channel” outside the diplomatic mainstream of U.S.-Ukraine relations. Asked during an earlier, closed-door deposition if anyone at the State Department who was alerted to Giuliani’s role tried to stop him, she testified, “I don’t think they felt they could.”

The White House has instructed officials not to comply with the probe, and most have been issued subpoenas to appear.

She and other officials now testifying publicly are providing accounts that Democrats are relying on to make the case that the president’s behavior was impeachable.

With the start of a second day of hearings to consider the removal of America’s 45th president, Democrats and Republicans were both hardening their messages to voters.

Americans are deeply entrenched in two camps over impeachment, resulting in a mounting political battle that will further test the nation in one of the most polarizing eras of modern times. 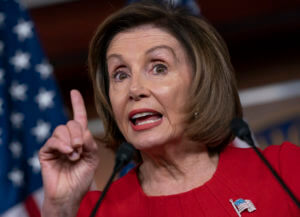 Speaker of the House Nancy Pelosi, D-Calif., talks to reporters on the morning after the first public hearing in the impeachment probe of President Donald Trump on his effort to tie U.S. aid for Ukraine to investigations of his political opponents, on Capitol Hill in Washington, Thursday, Nov. 14, 2019. Pelosi says the president’s actions in the impeachment inquiry amount to “bribery.” (AP Photo/J. Scott Applewhite)

Trump repeatedly assails the proceedings as a “hoax” and a “sham” and says he did nothing wrong.

The impeachment inquiry focuses on Trump’s July phone call with Zelenskiy that first came to attention when an anonymous government whistleblower filed a complaint.

In the phone conversation, Trump asked for a “favor,” according to an account provided by the White House. He wanted an investigation of Democrats and 2020 rival Joe Biden. Later it was revealed that the administration was withholding military aid from Ukraine at the time. 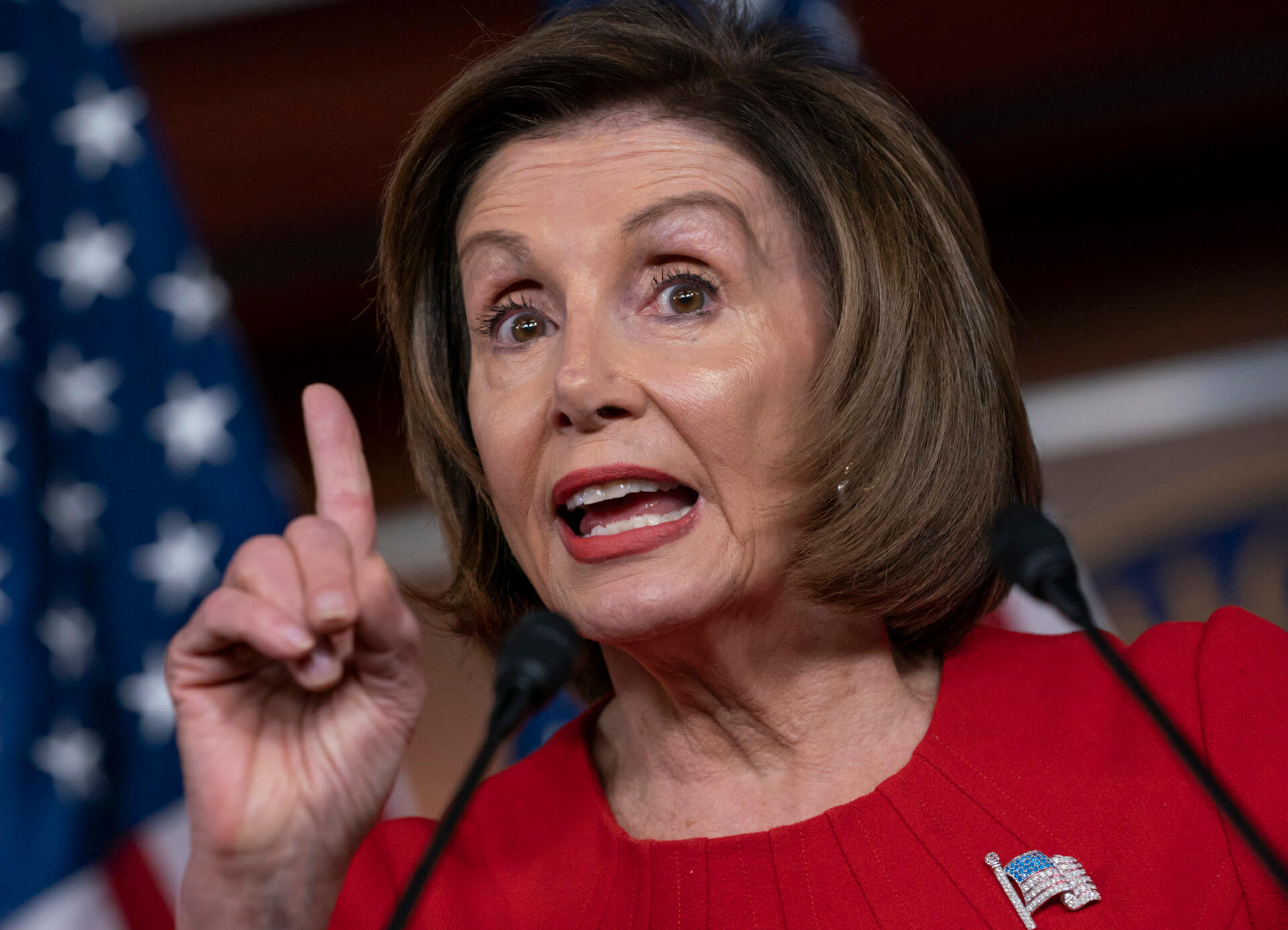 Speaker of the House Nancy Pelosi, D-Calif., talks to reporters on the morning after the first public hearing in the impeachment probe of President Donald Trump on his effort to tie U.S. aid for Ukraine to investigations of his political opponents, on Capitol Hill in Washington, Thursday, Nov. 14, 2019. Pelosi says the president's actions in the impeachment inquiry amount to "bribery." (AP Photo/J. Scott Applewhite)
MORE NEWS