FARMINGTON HILLS, Mich. (WXYZ) — Police say the parents of a 14-month-old boy found dead at a Michigan Motel 6 have been arraigned on charges.

According to Farmington Hills police, 14-month-old Daniel Porras was found deceased with “several injuries” in a Motel 6 when police arrived on scene for a wellness check on October 3. 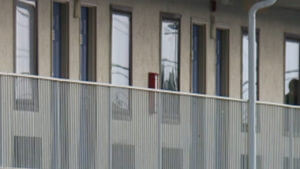 month-old at Farmington Hills motel
Farmington Hills police say the mother and father of a 14-month-old boy found dead at a Motel 6 on October 3 were arraigned on charges today in 47th District Court. (WXYZ)

“For me to find this out if very unbelievable,” the woman added.

The judge ordered both to be held without bond. The pair have a preliminary exam date set for October 20.

Police say anyone who has a concern for the safety and wellbeing of neighbors, friends or family members is urged to contact law enforcement.

Police say the family was living at the Motel 6 in Farmington Hills at the time of the boy’s death.

This story was originally published October 6, 2021, by WXYZ in Detroit, an E.W. Scripps Company.