ALBUQUERQUE, N.M. (AP) — A church pastor and former elementary school teacher from Las Vegas has been arrested in Albuquerque, New Mexico, on a warrant accusing him of sex crimes involving children.

The Albuquerque Journal reports that Reynaldo Crespin, 59, was arrested Saturday after a tip from a woman who said he was staying with her relative. He was booked into the Bernalillo County Metropolitan Detention Center pending an extradition hearing and his transfer in custody to Nevada. 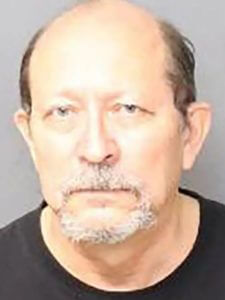 Court records in Las Vegas show that Crespin was named in a warrant issued Feb. 10 on multiple charges including sexual assault against children under ages 16 and 14, and lewdness.

KLAS-TV in Las Vegas reported Crespin was a second-grade teacher from 2016 until this month and a pastor at New Horizon Christian Church in northeast Las Vegas.
The television station said none of the charges related to his students at Hickey Elementary School, where Crespin taught.

A telephone call to the church on Monday showed the number was disconnected.

The Las Vegas Review-Journal reported that Crespin and his wife, Marivic Crespin, founded the church in 2002 and that court records showed Marivic Crespin filed a Family Court lawsuit seeking on Feb. 10 seeking custody of their three children.