SAN FRANCISCO (AP) — Police announced Friday that they have arrested a suspect in this week’s fatal shooting of a man on a San Francisco subway commuter train. 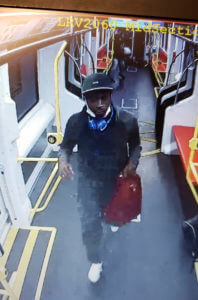 Javon Green, 26, was arrested Thursday in Pittsburg, a city about 40 miles (64 kilometers) east of San Francisco after police released a still photo from surveillance video of a man they described as a person of interest and asked anyone with information to contact authorities, said Officer Kathryn Winters, a spokesperson with the San Francisco Police Department.

Winters said tips from “inside and outside the law enforcement community” helped officials identify Green.

Green was booked into San Francisco jail minutes after midnight Friday, according to jail records. He faces charges of homicide, carrying a concealed firearm, and using a firearm in the commission of a felony.

It wasn’t immediately known if Green had an attorney who could speak on his behalf. Police did not respond to a question about whether he has retained an attorney. 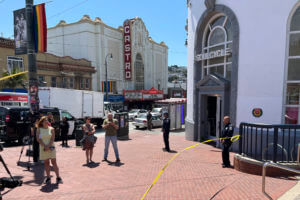 FILE – Police tape blocks the entrance to the Castro Muni Metro train station following a shooting in San Francisco on June 22, 2022. San Francisco police say a man who allegedly shot and killed a 27-year-old man on a San Francisco subway commuter train has been arrested Thursday, June 23, 2022, in Pittsburg, a city about 40 miles (64 kilometers) east of San Francisco. San Francisco Police Department spokeswoman Officer Kathryn Winters says Javon Green was arrested in the fatal shooting of 27-year-old Nesta Bowen inside a train on Wednesday and the shooting of a 70-year-old man, who was wounded. (AP Photo/Janie Har, File)

Wednesday’s shooting on a crowded train killed 27-year-old Nesta Bowen and wounded a 70-year-old man, who was taken to a hospital with injuries and later released.

After the train stopped in the Castro neighborhood, which is internationally known for its LGBTQ activism, Green ran out of the train along with terrified passengers.

Winters reiterated that the shooting was not connected to upcoming Pride events.

Nevertheless, the shooting cast a shadow over the celebrations at a time when members of the LGBTQ community are experiencing heightened threats, including protests at libraries where drag queens read to children.

Winters said the police department is going to be fully staffed throughout Pride weekend and that officers will give extra attention to train stations.

“As we go into Pride weekend, we know there’s a number of events throughout the city. We are going to have officers on hand at all of the events,” Winters said.