COUNCIL BLUFFS, Iowa (AP) — Police in western Iowa have arrested a woman accused of setting another woman on fire. 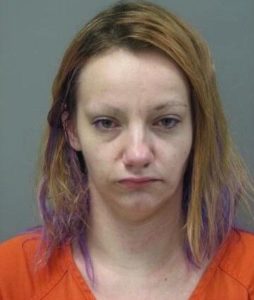 This June 14, 2021, booking photo provided by the Council Bluffs Police Department shows Lindsy Maves, who is accused of setting another woman on fire. (Council Bluffs PD)

The incident happened around 4:30 a.m. Monday, when Council Bluffs officers were called to North 15th Street and found a woman with severe burns outside a homeless services center. The woman was taken to a hospital across the Missouri River in Omaha, Nebraska, for treatment, police said.

An investigation found that the victim was involved in a disturbance with Maves, who is accused of spraying the victim with a flammable substance and lighting her on fire, police said. Police believe Maves then hit the victim in the face with something as a witness tried to put out the flames, officials said. Maves had fled by the time officers arrived, police said.