A convicted murderer on the run since escaping a prison bus after stabbing its driver last month was fatally shot by law enforcement in Texas after he killed five members of the same family, including four children, and stole a truck from their rural weekend cabin, officials said. 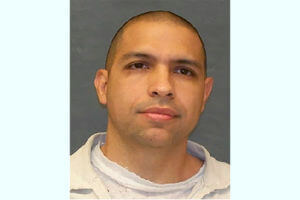 This undated photo provided by the Texas Department of Criminal Justice shows Gonzalo Lopez. Lopez, a convicted murderer on the run since escaping a prison bus after stabbing its driver last month, was shot dead by law enforcement late Thursday, June 2, 2022, after he killed a family of five and stole their truck from a rural weekend cabin, a Texas prison system spokesman said.(Texas Department of Criminal Justice via AP)

Gonzalo Lopez, 46, died in a shootout with police late Thursday in Jourdanton, about 35 miles (55 kilometers) south of San Antonio, after driving the pickup more than 200 miles (322 kilometers) from the cabin, said Jason Clark, spokesman for the Texas Department of Criminal Justice.

Lopez had an AR-15-style rifle and a pistol that authorities say may have been taken from the cabin, Clark said.

Authorities in Atascosa County — about 220 miles (354 kilometers) southwest of the cabin — spotted the stolen pickup late Thursday evening and followed it, staying behind so as to not alert him of their presence, said Atascosa County Sheriff David Soward. Officers with Jourdanton police then used spike strips to flatten the truck’s tires. But Lopez was still able to keep driving and stick his rifle out the window and fire several shots at officers before he hit two telephone poles and a fence, Soward said.

“He exited his truck. He fired additional rounds. At least four officers returned fire at the suspect,” who was killed, Soward said.

The search for Lopez, who escaped while being transported in a caged area of a prison bus, heightened Thursday when someone called police because they were concerned they had not heard from an elderly relative.

That led officers to a rural cabin near Centerville in Leon County, in the same area where Lopez had escaped the bus. In the cabin, authorities found one adult and four minors dead, authorities said, and their white pickup was missing. The names of the five victims were not immediately released by authorities.

The Tomball school district, located in suburban Houston, on Friday said the four minors killed were students in its district and the adult was their grandfather.

“There are no words. During this difficult time, the Tomball community is continuing to pull together following the tragic loss of four students,” said school district Superintendent Martha Salazar-Zamora. 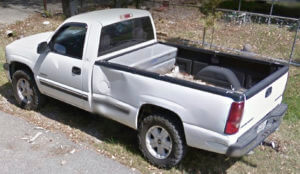 This undated photo provided by the Texas Department of Criminal Justice shows white Chevy pickup truck reportedly taken from a family by escape prisoner Gonzalo Lopez. Lopez, a convicted murderer on the run since escaping a prison bus after stabbing its driver last month, was fatally shot by law enforcement late Thursday, June 2, 2022, in Jourdanton, Texas, after he killed a family of five and stole their pickup truck from a rural weekend cabin, a Texas prison system spokesman said. (Texas Department of Criminal Justice via AP)

The victims were thought to have arrived Thursday morning at the cabin, which they owned, Clark said. The five are believed to have been killed Thursday afternoon and had no link to Lopez, he said. Authorities don’t yet know whether Lopez had been staying in the cabin or if he ambushed them upon their arrival, Clark said.

“We are very saddened that the murders happened but I will tell you that we are breathing a sigh of relief that Lopez will not be able to hurt anybody else,” Clark said late Thursday.

Lopez had been the subject of an intensive search since his May 12 escape from the prison bus. He was being transported from a prison in Gatesville, more than 100 miles (160 kilometers) west of the place where he escaped, to one in Huntsville for a medical appointment when he escaped in Leon County, a rural area between Dallas and Houston, the Texas Department of Criminal Justice has said.

The department has said Lopez somehow freed himself from his hand and leg restraints, cut through the expanded metal of the cage and crawled from the bottom. He then attacked the driver, who stopped the bus and got into an altercation with Lopez, and they both eventually got off the bus.

A second officer at the rear of the bus then exited and approached Lopez, who got back on the bus and started driving down the road, the department said.

The officers fired at Lopez and disabled the bus by shooting the rear tire, the department said. The bus then traveled a short distance before leaving the roadway, where Lopez got out and ran into the woods. At some point during the escape, Lopez stabbed the driver, whose wounds weren’t life-threatening, the department said.

Clark said “a serious incident review” will be conducted into the escape.

“It’s incumbent upon us to go backwards to figure out how did he escape, how did he beat our security protocols in order to leave that transport vehicle,” Clark said.

The story has been updated to correct that Jourdanton is located southwest of Centerville, Texas.