BOISE, Idaho (AP) — Four University of Idaho students found dead in an off-campus home were targeted, and the killer or killers used a knife or other “edged weapon,” police disclosed Tuesday.

Investigators were trying to establish a timeline to recreate the victims’ activities on Saturday night and early Sunday morning, “following all leads and identifying persons of interest,” the Moscow Police Department said in a news release. The killings likely occurred in the early morning hours and the bodies were found around noon. 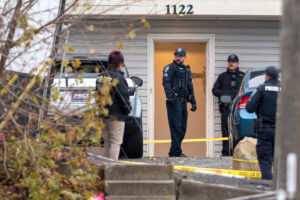 Officers investigate a homicide at an apartment complex south of the University of Idaho campus on Sunday, Nov. 13, 2022. Four people were found dead on King Road near the campus, according to a city of Moscow news release issued Sunday afternoon. (Zach Wilkinson/The Moscow-Pullman Daily News via AP)

The students were killed in what is considered to be “an isolated, targeted attack and there is no imminent threat to the community at large,” according to police, who earlier said evidence from the scene led them to believe there was no broader risk. Police provided no information about that evidence or why they believe the victims were targeted.

Autopsies expected to be completed later this week could provide more information about how the victims were killed.

Police discovered the students’ bodies Sunday as they responded to a report of an unconscious person at a home steps away from the campus. The victims were identified as Ethan Chapin, a 20-year-old from Conway, Washington; Madison Mogen, a 21-year-old from Coeur d’Alene, Idaho; Xana Kernodle, 20, from Avondale, Arizona; and Kaylee Goncalves, 21, from Rathdrum, Idaho.

The university canceled classes on Monday, and said additional security staffers were available to walk students across campus if needed during the remainder of the week.

Still, the initial lack of information about the cause of the deaths — and the fact that police have said there is no one in custody — prompted many students to leave campus early, days before the Thanksgiving break was scheduled to begin.

A vigil for the slain students that was originally scheduled for Wednesday evening has been postponed until after Thanksgiving break, University of Idaho spokesman Kyle Pfannenstiel said in an email Tuesday. 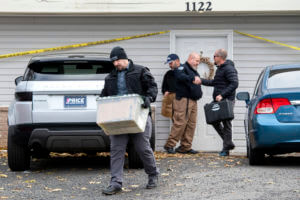 Officers investigate the deaths of four University of Idaho students at an apartment complex south of campus on Monday, Nov. 14, 2022, in Moscow, Idaho. The Moscow Police Department has labeled the deaths as “homicides” but maintains there is not an active risk to the community. (Zach Wilkinson/The Moscow-Pullman Daily News via AP)

In a memo released Monday afternoon, University of Idaho President Scott Green urged university employees to be empathetic and flexible and work with students who decided to leave classes to spend time with their families.

“Words cannot adequately describe the light these students brought to this world or ease the depth of suffering we feel at their passing under these tragic circumstances,” Green wrote of the slain students.

The police said anyone with information should contact the department and asked that people respect the privacy of the victims’ family and friends.

Brian Nickerson, the fire chief of the Moscow Volunteer Fire and EMS Department, said police were the first to arrive at the home. The first responders from the fire and EMS department didn’t go inside or transport anyone from the scene, Nickerson said.

The city of Moscow is a close-knit college town nestled in the rolling hills of north-central Idaho, about 80 miles (130 kilometers) southeast of Spokane, Washington.

Shortly after Moscow police announced the homicide investigation, students at the University of Virginia were also told to shelter in place after police said a suspect gunned down fellow students on a bus as they returned from a school field trip. The shooting left three members of the school’s football team dead and two other students injured. The shooting touched off an intense manhunt Sunday, and authorities announced Monday that a suspect, Christopher Darnell Jones Jr., had been apprehended. 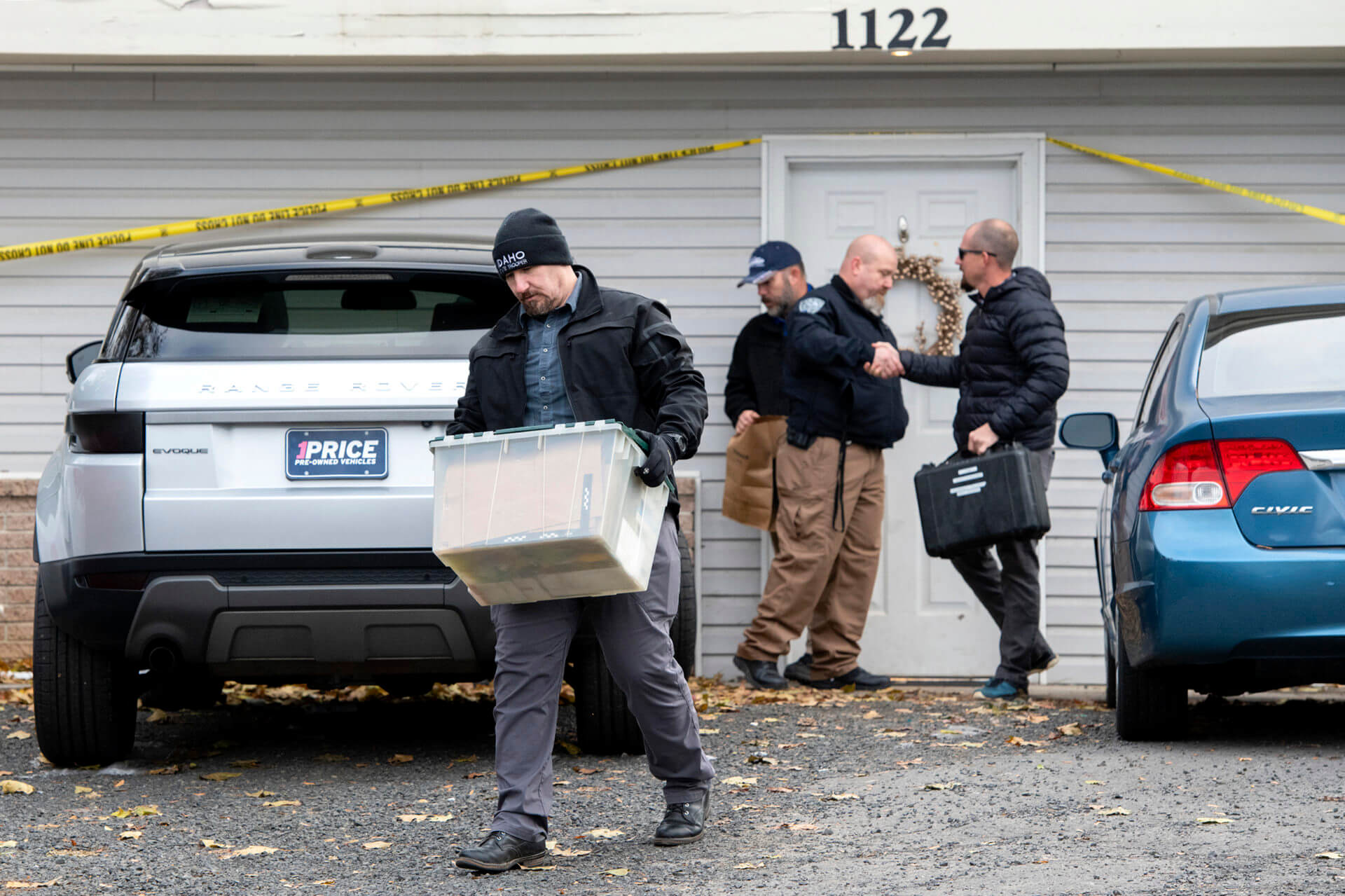 Officers investigate the deaths of four University of Idaho students at an apartment complex south of campus on Monday, Nov. 14, 2022, in Moscow, Idaho. The Moscow Police Department has labeled the deaths as “homicides” but maintains there is not an active risk to the community. (Zach Wilkinson/The Moscow-Pullman Daily News via AP)
MORE NEWS