BURLINGTON, N.C. (AP) — A severed finger left behind at the scene of an attempted home invasion last week in North Carolina led investigators to a suspect in the case, police said.

Burlington officers responded to a report of an attempted home invasion Thursday morning after a resident who had started a vehicle in the driveway encountered an armed man who tried to force his way into the house, police said in a news release. 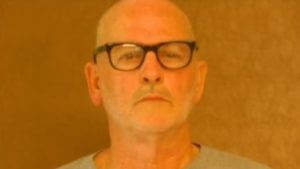 Crime scene investigators found a finger, believed to have been severed when the resident forced the door shut, inside the suspect’s glove, which fell off during the struggle, police said.

Investigators used fingerprints to identify a suspect, police spokesperson Emily-Lynn Adkins said by telephone in the city about 50 miles (80 kilometers) northwest of Raleigh.

Vernon Wilson, 67, of Hillsborough was arrested Monday on charges that include first-degree burglary, assault with a deadly weapon with intent to kill, inflicting serious injury and possession of a firearm by a prohibited felon. Wilson was held on a $250,000 secure bond, police said.

Court records don’t list an attorney for Wilson, according to the clerk of court’s office.