PITTSBURGH (AP) — An evidentiary hearing in the case of a western Pennsylvania truck driver accused of killing 11 people at a Pittsburgh synagogue three years ago is expected to get underway inside a federal courtroom in Pittsburgh on Tuesday. 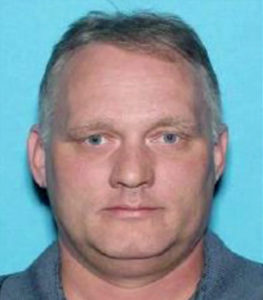 Federal prosecutors and attorneys for Robert Bowers will participate in the pretrial hearing before U.S. District Judge Donetta W. Ambrose.

Authorities allege Bowers, 49, of Baldwin, Pennsylvania, killed 11 people and wounded seven, including five police officers, at the Tree of Life synagogue on Oct. 27, 2018. It’s considered the deadliest attack on Jews in U.S. history.

Investigators say Bowers opened fire with an AR-15 rifle and other weapons during worship services inside the Tree of Life synagogue building, killing eight men and three women. He was arrested after a police tactical team tracked him down and shot him.

Bowers faces more than 60 federal charges, including hate crimes violations, obstruction of religious belief and the use of a firearm during a crime of violence. Bowers has pleaded not guilty. He faces a possible death penalty if convicted.