Misrach Ewunetie, 20, was found by an employee outside on the campus facilities grounds behind tennis courts at about 1 p.m., Onofri said. He said there were no obvious signs of “foul play,” but an official cause of death will be determined after a medical examiner’s review. 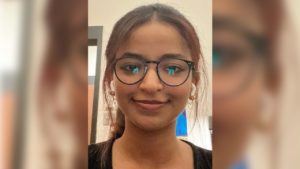 An extensive search was launched for Ewunetie after she was reported missing, and a large law enforcement presence remained on campus and in nearby areas Thursday.

Ewunetie was last seen heading into her dorm room at the Ivy League school in the early morning hours of Oct. 14, school officials said. But when her roommate returned to the dorm about 90 minutes later, Ewunetie was not there.

Family and friends said they had not heard from Ewunetie. Appearing Thursday on ABC’s “Good Morning America,” her brother, Universe Ewunetie, said his sister’s phone last pinged sometime after 3 a.m. Friday at a housing complex that’s about a 30-minute walk from her dorm, which he said was out of character for her to be in such a location.

According to her LinkedIn profile, Ewunetie is a junior pursuing a sociology degree with a computer applications certificate. She was valedictorian at Villa Angela-St. Joseph high school in Cleveland, Ohio, before accepting a full scholarship to Princeton.