CLINTON COUNTY (WRTV) — Clinton County Prosecutor Anthony J. Sommer is seeking the death penalty against a man accused of gunning down and two women at the NHK factory near Frankfort, Indiana.

Sommer on Friday filed two notices of intent to seek the death penalty against Gary Cecil Ferrell II, 26, who is accused of killing Pamela Sledd, 62, and her granddaughter, Promise Mays, 21, in the NHK parking lot Wednesday. 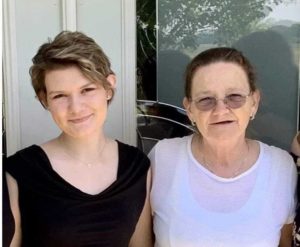 Ferrell attempted to abduct the women before he shot them both, according to court documents. He was arrested Wednesday after a short pursuit, police said.

The women were arriving to work their shift at the plant when prosecutors say Ferrell ambushed and killed them. Ferrell was also employed at NHK, police said.

NHK manufactures automotive seats and safety units for Subaru of Indiana Automotive in Lafayette, according to its website. It has about 700 employees.

This story was originally published August 20, 2021, by WRTV in Indianapolis, an E.W. Scripps Company.