NEW YORK (AP) — New York prosecutors urged a judge Friday to order California lawyer Michael Avenatti to begin serving a 2 1/2-year prison term, more than a year after he was convicted of trying to extort up to $25 million from Nike.

Avenatti, 50, was initially allowed to postpone reporting to prison because he faced trial just days later in California on charges he defrauded clients and others there. That trial ended in a mistrial. 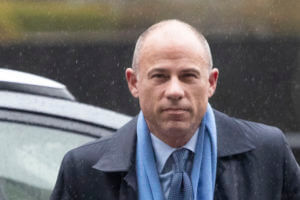 FILE – In this Dec. 17, 2019, file photo, attorney Michael Avenatti arrives at federal court in New York. New York prosecutors have asked a judge to order Avenatti to begin serving a 2 1/2-year prison term. The request comes a year after Avenatti was convicted of trying to extort up to $25 million from Nike. (AP Photo/Mark Lennihan, File)

The uncertain schedule for when Avenatti will be retried in California means it’s no longer a valid excuse to delay reporting to prison, said Manhattan federal prosecutors in a letter to the judge who sentenced Avenatti in July.

“In light of the foregoing, there is no longer a discrete, time-specific basis for continued delay of the defendant’s surrender. Moreover, it is in the interest of justice for the defendant to commence serving the term of incarceration that this Court imposed for his serious offenses, including defrauding his client,” prosecutors wrote.

In the Nike case, Avenatti was representing a California amateur basketball league coach when prosecutors said he threatened to use his access to media exposure to muddy the sportswear giants name if it didn’t pay him millions of dollars.

Attorneys for Avenatti did not immediately return a message seeking comment Friday.

In 2019, federal prosecutors in New York charged Avenatti with defrauding Daniels by failing to pay her hundreds of thousands of dollars she was owed from a book deal. Avenatti, who had pleaded not guilty, is scheduled to face trial on those charges in January.