ALEXANDRIA, La. (AP) — A reputed drug dealer accused of raping a woman police informant sent into his house alone in an unmonitored sting has skipped bail and was a no-show Monday at what was supposed to the start of his trial. 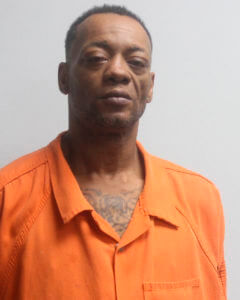 FILE – This photo provided by the Rapides Parish Sheriff’s Office in September 2022, shows Antonio D. Jones. The reputed drug dealer, accused of raping a woman police informant sent into his house alone in an unmonitored sting, has skipped bail and was a no-show Monday, Oct. 17, at what was supposed to the start of his trial. (Rapides Parish Sheriff’s Office via AP, File)

Antonio D. Jones’ alleged attack in which he was caught on video forcing the woman to perform oral sex on him twice was reported in an Associated Press investigation last month that exposed the perils such informants can face seeking to “work off” criminal charges in often loosely regulated, secretive arrangements.

“I guess I need to address the elephant that’s not in the room,” Assistant District Attorney Brian Cespiva said during a brief court hearing, adding that federal marshals were actively searching for Jones and “he will be here eventually.”

Jones, a 48-year-old career criminal known as “Mississippi,” had attended previous hearings in the case but was discovered last week to have jumped his $70,000 bail and fled the central Louisiana area. Prosecutors told AP the amount of Jones’ bail had been “pre-set” and was not unreasonably low despite the violent nature of the charges and his extensive criminal history.

But Jones’ disappearance deepened the scandal over law enforcement’s handling of the case and their treatment of the informant, who was sent into the suspect’s dilapidated house in January 2021 to buy meth with hidden video recording equipment that could not be monitored by law enforcement handlers in real time.

“We’ve always done it this way,” Rapides Parish Sheriff’s Lt. Mark Parker, the ranking officer in the operation, told AP. “She was an addict and we just used her as an informant like we’ve done a million times before.”

Despite the woman’s cooperation and the alleged attack, she was still charged with possession of drug paraphernalia stemming from an arrest that happened about a month before the sting.

The informant, who declined interview requests and is not being named because the AP does not typically identify victims of sexual assault, is expected to testify against Jones if he is ever found. 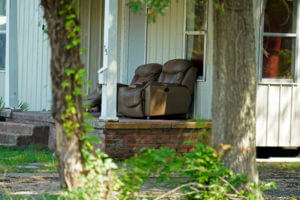 FILE – This photo taken Thursday, Sept. 8, 2022, shows the house in Alexandria, La., where a female informant on an undercover drug operation was allegedly raped as her law enforcement handlers left her on her own in January 2021. A reputed drug dealer accused of raping the police informant has skipped bail and was a no-show Monday, Oct. 17, 2022, at what was supposed to the start of his trial. (AP Photo/Gerald Herbert, File)

The case turns in large part on the footage of the attack, which Jones’ own defense attorney argued was “extremely graphic” and too prejudicial to show to jurors, conceding it depicts “forced oral sex.”

According to interviews and confidential law enforcement records obtained by AP, the dealer threatened to put the crying woman “in the hospital” and even paused at one point during the attack to conduct a separate drug deal.

In court papers that baffled prosecutors, defense attorney Phillip M. Robinson even offered to stipulate that “Mr. Jones had specific intent to rape” the woman, contending it would be “difficult for a jury to maintain neutrality and non-bias” after viewing the “violent sexual intercourse.”

Prosecutor Cespiva told the AP that Jones’ charges were recently reduced from forcible second-degree rape to third-degree rape, or simple rape, to make a conviction more likely. He said prosecutors intend to seek consecutive 25-year terms on each count.

“We want to convict this guy” for the informant, said Rapides Parish District Attorney Phillip Terrell. “She wants this to be behind her.”