LONDON (AP) — Rohingya refugees sued social network powerhouse Facebook for more than $150 billion, accusing it of failing to stop hate speech that incited violence against the Muslim ethnic group by military rulers and their supporters in Myanmar.

Years after coming under scrutiny for contributing to ethnic and religious violence in Myanmar, recently revealed internal Facebook documents show the company still has problems defining and moderating hate speech and misinformation on its platform in the country. The breaches have even been exploited by hostile actors since the Feb. 1 military takeover this year that resulted in human rights abuses across the country. 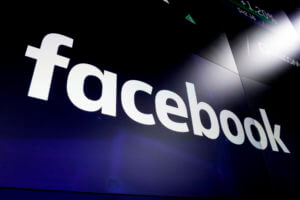 FILE – The Facebook logo on screens at the Nasdaq MarketSite, in New York’s Times Square, March 29, 2018. Rohingya refugees are suing Facebook parent Meta for more than $150 billion over what they say is the company’s failure to stop hateful posts that incited violence against the group carried out by Myanmar’s military rulers and their supporters. Lawyers filed a class-action lawsuit filed in California on Monday Dec. 6, 2021. (AP Photo/Richard Drew, File)

The Rohingyas’ claims were fortified by the revelations in internal company documents that former Facebook employee and whistleblower Frances Haugen provided this fall to Congress and U.S. securities regulators. The documents could also serve to buttress potential legal action by other groups around the world harmed by hate speech and misinformation on Facebook’s platform.

Lawyers filed a class-action lawsuit Monday in California against Facebook parent Meta Platforms, saying Facebook’s arrival in Myanmar helped spread hate speech, misinformation and incitement to violence that “amounted to a substantial cause, and eventual perpetuation of, the Rohingya genocide.”

Lawyers in the United Kingdom have issued notice of their intention to file a similar legal action. Facebook, which was recently renamed Meta, said in a statement Tuesday that it is “appalled by the crimes committed against the Rohingya people in Myanmar” and has built a team of Burmese speakers and invested in technology to take action against harmful misinformation there.

The Rohingya are a Muslim ethnic group forced to flee persecution and violence in Myanmar starting in 2017, with an estimated 1 million living in refugee camps in neighboring Bangladesh. Some 10,000 have ended up in the United States.

More than 10,000 Rohingya have been killed and more than 150,000 were subject to physical violence, according to the law firms organizing the cases.

The lawsuits say Facebook’s algorithms amplified hate speech against the Rohingya people and the company didn’t spend enough money to hire moderators and fact checkers who spoke the local languages or understood the political situation.

Facebook arrived in Myanmar in 2011, arranging for millions of residents to access the internet for the first time, according to the lawsuit filed in California Superior Court for San Mateo County. But the lawsuit says the company did little to warn people about the dangers of online misinformation and fake accounts — tactics employed by the military in its campaign against the Rohingya.

Facebook noted in its statement Tuesday that it has banned the military, known as the Tatmadaw, from its platform while also working to disrupt networks trying to manipulate public behavior in the country.

“The resulting Facebook-fueled anti-Rohingya sentiment motivated and enabled the military government of Myanmar to engage in a campaign of ethnic cleansing against the Rohingya,” the lawsuit says.

Myanmar was among several places mentioned in documents brought to light by Haugen, and reviewed by The AP, that also detailed content-monitoring lapses in Afghanistan, the Gaza Strip, India, and Dubai and the United Arab Emirates.

In the U.S., extremist misinformation and inflammatory content on Facebook egged on supporters of then-President Donald Trump in the days and weeks leading up to the Jan. 6 assault on the Capitol, raising the question of whether injured Capitol and District of Columbia police officers might seek to hold the company responsible. The documents open a window into how Facebook’s conflicting impulses — to nurture its business and protect democracy — clashed in the run-up to the insurrection.

“Across the board, the Facebook papers give civil rights advocates and others a lot of ammunition for their advocacy work,” Washington attorney Peter Romer-Friedman said. He is a lead attorney for a lawsuit filed by the civil rights organization Muslim Advocates in April against Mark Zuckerberg and other top Facebook executives, accusing them of falsely claiming that the company removes anti-Muslim rhetoric and other hate speech from the platform. The suit has garnered support from consumer groups and the District of Columbia’s attorney general.

Romer-Friedman said their case was bolstered “100%” by the internal documents shared by Haugen. “The world has changed a lot since early September,” he said. The Wall Street Journal published a series of articles based on the documents obtained by Haugen in September, and she went public in early October in a television interview and testimony to a Senate panel.

Another youth-led group of Rohingya based at a refugee camp in Bangladesh says it is planning to file a separate complaint against Meta in Ireland on Thursday.

It’s not a lawsuit but a formal complaint with the watchdog Organization for Economic Cooperation and Development calling for the company to provide some remediation programs in the camps.
___
AP writers Marcy Gordon in Washington and Matt O’Brien in Manchester-by-the-Sea, Massachusetts, contributed to this report.