STOCKTON, Calif. (AP) — The man who allegedly fatally stabbed a 15-year-old girl at a California high school drove into the school’s parking lot and tried to grab two girls before stabbing one of them, a school official said. 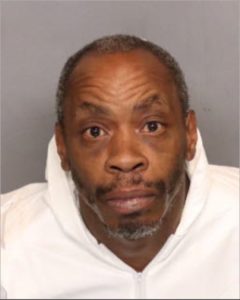 Gray was arraigned Wednesday on murder and other charges and denied bail. It was not known whether he had an attorney who could speak on his behalf.

“As a mother, this seemingly random act of violence is devastating,” she said and sent her condolences to the family.

Reynaga was stabbed several times at about 11 a.m. Monday Stagg High School and was taken to a hospital, where she died, Stockton Unified School District Superintendent John Ramirez Jr. said.

Officials have not determined a motive for the killing. Meza said there is no known connection between Gray and the girl, a freshman who played softball for the high school.

“I’ll always have that empty space in my heart,” Lia Medrazo, Stagg High School softball coach told KOVR-TV. “The girls are going to miss her, and I hope her sister comes back and wants to play for her.”

Stockton is a Central Valley city about 60 miles (97 kilometers) east of San Francisco.