ALBUQUERQUE, N.M. (AP) — A man convicted of child abuse and other charges stemming from the 2016 death and dismemberment of an Albuquerque girl was sentenced to 37 1/2 years in prison Thursday. 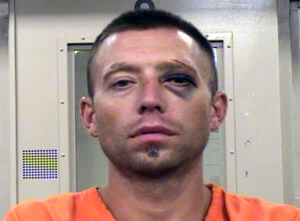 FILE – This photo provided by the Metropolitan Detention Center, shows Fabian Gonzales, on Aug. 25, 2016. Gonzales who was convicted of child abuse and other charges stemming from the 2016 death and dismemberment of an Albuquerque girl has been sentenced to 37 1/2 years in prison Thursday, Oct. 27, 2022, by a state district judge. (Metropolitan Detention Center via AP, File)

Prosecutors had sought a maximum sentence of 40 years for Fabian Gonzales. State District Judge Cindy Leos combined two of the tampering with evidence counts that related to the removal of the victim’s body parts, thus resulting in a slightly shorter prison term.

During trial earlier this year, prosecutors said that although Gonzales didn’t kill Victoria Martens, he set in motion events that created a dangerous environment that led to the girl’s death.

Martens’ death — on her 10th birthday — sent shockwaves through the community.

The girl’s mother, Michelle Martens, will be sentenced for her role in the coming weeks. Gonzales was dating the woman and had moved into the apartment where she was living with her daughter. 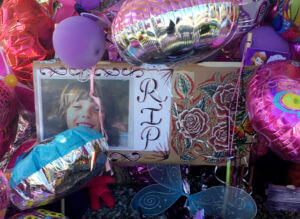 FILE – A photo of Victoria Martens, a 10-year-old Albuquerque girl who was brutally murdered, is placed in a memorial outside her apartment in Albuquerque, N.M., on Aug. 29, 2016. A man convicted of child abuse and other charges stemming from the 2016 death and dismemberment of Martens has been sentenced to 37 1/2 years in prison. The punishment for Fabian Gonzales was handed down Thursday, Oct. 27, 2022, by a state district judge. (AP Photo/Russell Contreras, File)

According to investigators, Gonzales had allowed his cousin, Jessica Kelley, to stay at the apartment shortly after Kelley was released from prison. Investigators determined that Martens and Gonzales were not at the home when Victoria was killed but that Kelley was there.

Prosecutors said Victoria was killed either by an unknown man or by Kelley, who was using methamphetamine and acting paranoid that day. Gonzales’ attorneys had argued that Kelley killed the girl and then tried to cover it up.

The case remains open and authorities are looking for an unidentified man based on DNA evidence that was found.