MEMPHIS, Tenn. (AP) — A Tennessee state senator charged with stealing $600,000 in federal grant money from a health care school she operated has been acquitted on 15 of 20 charges, according to court records. 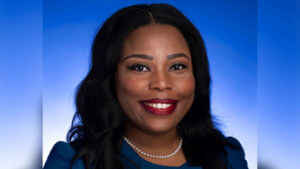 Robinson, 40, a Memphis Democrat elected to the Tennessee General Assembly in 2018, was charged in July 2020 with wire fraud as well as theft and embezzlement involving government programs after the FBI searched the school and her home.

She was accused of stealing federal grant money awarded to The Healthcare Institute, which provides training in the health care field, including nursing assistant jobs in geriatric care.

The school received more than $2.2 million in federal grants from the Health Resources and Services Administration, an agency of the U.S. Department of Health and Human Services. The federal grant money was earmarked for student scholarships from 2015 through 2019.

Robinson’s attorneys argued for an acquittal Friday after federal prosecutors rested their case. They argued that prosecutors didn’t prove allegations that Robinson used the federal grant funds on personal expenses.

The trial was expected to continue Tuesday on the five remaining charges, court filings show..