AKRON, Ohio (WEWS) — U.S. Marshals announced that after more than a year and a half, they have arrested the man who allegedly shot and killed Na’Kia Crawford.

Adarus Black was arrested on Tuesday in Atlanta, Georgia. The 19-year-old was wanted for the murder of Crawford.

In June 2020, Crawford was shot multiple times on a Cleveland, Ohio street while running errands with her grandmother. 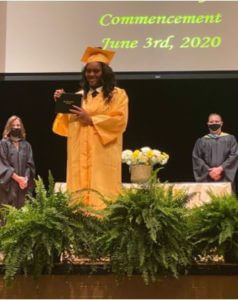 A warrant was issued for Black shortly after Crawford’s death.

On Tuesday, authorities learned Black was living in Atlanta under a fake name.

At the time of his arrest he was in possession of an AR-type rifle, marshals said.

He will remain in custody in Georgia until he can be extradited back to Ohio.

“Members of the task force and the Akron Police Department never gave up on this case. They knew that this suspect couldn’t hide forever and we knew we would have him in custody. This arrest will not bring Ms. Crawford back to her family but hopefully they find some peace knowing this suspect is behind bars,” U.S. Marshall Pete Elliott said.

“We are grateful to law enforcement and to everyone who put forth the effort in to helping our family get the first steps into getting closure on this horrific situation,” Crawford said. 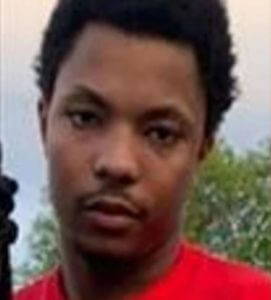 “Na’kia Crawford’s name is one that has remained on our minds since June of 2020 when her life was senselessly taken. Na’kia had her whole life ahead of her and her future was certainly bright. Her death sent shockwaves through our entire community, and I know I speak for the City when I say, we are grateful to see an arrest made in this case.

This arrest would not have been possible without the dedication of our Akron Police Department and their collaboration with a variety of law enforcement agencies across the nation. I’d specifically like to thank U.S. Marshal Pete Elliott and the U.S. Marshals Service, the Northern Ohio Violent Fugitive Task Force, the Southeast Regional Fugitive Task Force, and the Sandy Springs Police Department’s SWAT Team for their collaboration and commitment to this case.

I hope that this arrest can lead to justice for Na’kia and my thoughts and prayers are with the entire Crawford family at this time.”
And Akron Police Chief Steve Mylett issued this statement:

“I know Na’kia’s loss has left an unfillable void in the hearts of the Crawford family and all those who love her. There are so many lives Na’kia touched in her short life that miss her every day. Her loss has impacted the entire Akron community. It was our commitment from the beginning to bring the person(s) responsible to account for their actions. I believe the arrest of the primary suspect yesterday delivered on that commitment. However, we will not be satisfied until a conviction is delivered for anyone who played a role in Na’kia’s death.”

This story was originally published Feb. 9, 2022, by WEWS in Cleveland, an E.W. Scripps Company.