MILWAUKEE (WTMJ) — Court records show a suspect was charged last week after 6 people were found dead in a Milwaukee home on January 23.

Travis Lamar Birkley, 34, is facing six counts of felony murder – armed robbery after five men and one woman were found dead with gunshot injuries in a home at 21st and Wright.

Officials had responded around 3:45 p.m. on that January day for a welfare check. Authorities initially said they had found five bodies, but the ME said in an update the next day that another body had been found in the house. 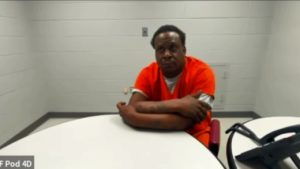 During a press conference after the bodies were found, Milwaukee Police Chief Jeffrey Norman said four people of interest were taken into custody but had not been charged with crimes in connection to the incident.

Chief Norman also said dispatchers received a 911 call 12 hours before the bodies were found about a shooting. The caller claimed she was shot along with several others.

The caller provided two addresses, but neither was the exact location the bodies were found and no evidence was found that shootings happened there.

According to a criminal complaint, 10 cell phones were found at the scene, two of which were of interest to investigators. The complaint says the cell phones belonged to Donta and Michelle Williams.

There were several missed calls and unread text messages on the phones. One of the messages said, “U still up if so buy a blunt and a cigarette.” The number that sent that text was the same as the number that called 911 12 hours before the bodies were found.

Police traced that number and it lead to a home on N 29th St. Inside the home, officials found Birkley and three other people. The complaint says officers also found the phone they had been tracking.

A woman in the home admitted to police that Birkley had told her to call 911 and told her exactly what to say. This means, Birkley provided information that only someone who was involved could have known, the complaint said.

Officials went on to analyze the contents of Birkley’s cellphones which resulted in detectives having enough evidence to suggest Brikley was involved in the homicides.

According to the complaint, Birkley had taken a selfie in the basement where three of the six bodies were found. In the selfie, Birkley was wearing a pair of Donta Williams glasses.

Cell phone tower records also showed Birkley’s cellphone in the area of the home at the time when the victims were believed to have died.

The criminal complaint also mentioned a confidential witness who spoke to investigators. That witness claims Birkley admitted to the crimes, calling it a “robbery gone wrong.”

Birkley’s cousin was not identified in the complaint, and that person is yet to be charged.

On Sunday, Birkley appeared in intake court where bail was set at $1 million in cash, and a preliminary hearing was set for June 15 at 1:30 p.m.

If convicted on all the charges, Birkley could face up to 330 years in prison.

This story was originally published June 5 by WTMJ in Milwaukee, an E.W. Scripps Company.