SALT LAKE CITY (AP) — The highly publicized arrest of a man in the killing of a Utah college student this summer prompted a woman to come forward and report that he had sexually abused her during a dinner date at his home in 2018, authorities said Tuesday. 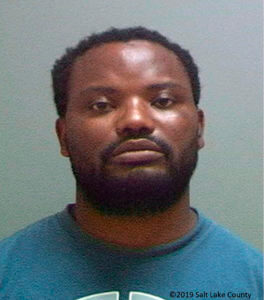 Ayoola Ajayi is charged in a new court filing with assaulting the woman he met on a dating app. The woman reported the crime after Ajayi was charged in June with murder and kidnapping in the death of 23-year-old Mackenzie Lueck, said Salt Lake County District Attorney Sim Gill.

He declined to say if police have heard from other alleged victims, but said the investigation remains open.

Lueck’s story generated national interest when she went missing after returning to Salt Lake City from a trip to her California hometown for the funeral of her grandmother and took a Lyft from the airport to a park.

Police have said Lueck was last seen getting into Ajayi’s car on June 17 at that park, shortly before her death. Ajayi, 31, was arrested 11 days later. Her body was found with her arms bound behind her in a canyon 85 miles (138 kilometers) from Ajayi’s home. 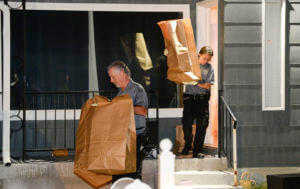 FILE – In this June 27, 2019, file photo, police investigators remove multiple bags of evidence during their search of the home of Ayoola A. Ajayi in Salt Lake City. (Francisco Kjolseth/The Salt Lake Tribune via AP, File)

Police and prosecutors have not said how Ajayi and Lueck were connected, nor have they disclosed a motive for the killing, but court documents show that investigators searched social media and dating sites while trying to find a link between them.

The new charging documents reveal Ajayi met a woman on an unnamed dating app in March 2018. She went to his house and had dinner with him. The sexual abuse occurred later while they were watching television, the documents said.

Since his arrest in the murder case, Ajay also has been charged with 19 counts of sexual exploitation of a minor after investigators said they discovered child pornography on his computer. 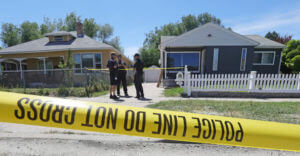 He has not yet entered pleas to any of the charges.

The Salt Lake Legal Defenders Association, which has been assigned to represent Ajayi, said it does not plan to make any comment.

Ajayi is an information technology worker who had stints with high-profile companies and was briefly in the Army National Guard.

It’s not uncommon for people to come forward to report alleged assaults that occurred months or years ago after an assailant is implicated in a high profile case. That dynamic has played out repeatedly since the start of the #MeToo movement.

Prior to that, sexual assault allegations by one woman against former Utah State University football player Torrey Green eventually led to his conviction for assaulting six women.