DETROIT (WXYZ) — One teen is now facing charges in connection to a triple murder at a home in Detroit that left a 5-year-old boy dead, according to the Wayne County, Michigan prosecutor’s office. 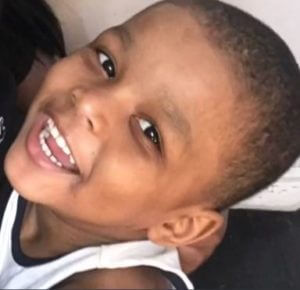 Investigators say one of the victims was 5-year-old Caleb Harris. (WXYZ)

Police said the investigation began right away after they were called to the home on Detroit’s west side on Feb. 18.

Police were called to the home after a family member said they hadn’t heard from a relative in several days. When they checked at the home, they found 32-year-old Aaron Benson, 28-year-old LaShon Marshall and her 5-year-old son Caleb Harris dead inside from gunshot wounds.

Police say the woman and man were found together in a room. 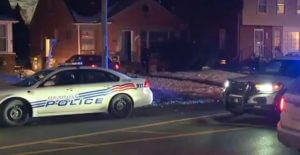 Police are working to track down the person behind a triple murder in Detroit. (WXYZ)

Two suspects were originally arrested in the case, but the prosecutor’s office said the warrant request for the other teen was denied due to “insufficient evidence to charge him.”

Hardy is expected to be arraigned on charges in Michigan’s 36th District Court.

“This case is a jarring reminder of why there should always be options for prosecutors when the facts allege unspeakable premeditated violence by a juvenile. The allegations in this case warrant charging the defendant as an adult,” said prosecutor Worthy in a press release. “This case is truly disturbing, especially as it relates to young Caleb. For many reasons it is disheartening to know that a juvenile is alleged to have committed these acts.”

This story was originally published Feb. 25, 2022, by WXYZ in Detroit, an E.W. Scripps Company.