LANCASTER, Pa. (AP) — A teenager accused of shooting three people inside a Pennsylvania mall in October has waived a hearing and entered a plea of not guilty.

The attorney representing Jeremiahs Josiah-Alberto Sanchez, 16, of Lancaster said his client was scheduled for arraignment Friday but waived the hearing earlier in the week, LNP newspaper reported. 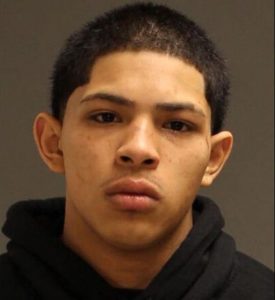 He’s also charged with firearms crimes and receiving stolen property in connection with the weapon, which was reported stolen in Lebanon County in September.

Authorities said an 18-year-old man and a 30-year-old man were shot and a female bystander was hit in the elbow as she walked with her 5-year-old son nearby. An 85-year-old woman was trampled as people fled; authorities have said that she had a cracked rib and a punctured lung that led to pneumonia and a blood clot.

Defense attorney Korey Leslie said it was too soon to discuss defense strategy, but from the limited evidence he’s seen so far his client “was simply a patron in the mall and two individuals who have yet to be charged with any crimes attacked him.”

“There certainly is more to the story than has been put out for public consumption at this time,” Leslie said.