COLUMBIA, Tenn. (WTVF) — A Tennessee man is in custody after three people, including an 11-year-old girl, were killed in a domestic-related shooting on October 1.

Murder suspect Nathanial Pipkin was captured more than 100 miles away following a three-hour manhunt. Pipkin is accused of shooting his mother, brother and younger sister inside their home. 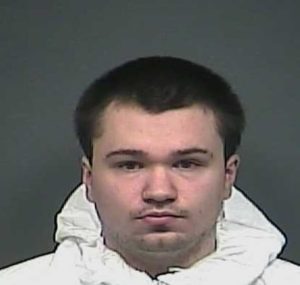 Investigators said one family member was able to escape through a window and run to a nearby home to call 911, saying a “family member started shooting at people in the home.”

Authorities said Pipkin left the scene in a silver Ford Mustang and was spotted by Monteagle police three hours later. Police, along with Tennessee Highway Patrol troopers, pulled Pipkin over 107 miles east of Maury County and arrested him.

Maury County Sheriff Bucky Rowland said Pipkin was wearing ballistic body armor and had multiple weapons in the car. He is facing multiple charges, including three counts of homicide.

Rowland did not identify the three victims. He said Pipkin was arrested back in March for unlawful possession of a weapon.

This story was originally published October 1, 2021, by WTVF in Nashville, an E.W. Scripps Company.