NEW YORK (AP) — A former Connecticut man was jailed without bail Friday after being extradited from California to face charges in the strangulation death of a woman he had met on a dating app, prosecutors in New York said.

Danueal Drayton, 31, was arraigned in the New York City borough of Queens on charges including murder, sexual misconduct and grand larceny in the July 2018 death of Samantha Stewart, a nurse who he had connected with on Tinder. 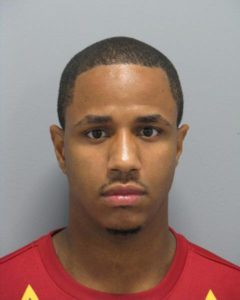 Authorities said Drayton, formerly of New Haven, Connecticut, went on a date with the 29-year-old Stewart on July 16, 2018. Once inside Stewart’s apartment in Queens, Drayton beat and strangled Stewart and “engaged in sexual conduct” with her dead body, District Attorney Melinda Katz said.

Drayton then stole Stewart’s credit cards and used one of them to buy a plane ticket to California, prosecutors said.

Drayton, who authorities say has a long history of violence against women including arrests for unlawful imprisonment and strangulation in Connecticut, was accused of trying to choke another woman to death in North Hollywood shortly after he arrived in California, authorities said. The North Hollywood case is pending.

Drayton was extradited from California on Thursday. He faces up to 25 years to life in prison for Stewart’s killing.

Katz called the young nurse’s death “a brutal crime that makes every person using a dating app fearful.” She said Stewart “was duped into going out on a date with the defendant, who played a charmer online but was in fact an alleged sexual predator.”

A message seeking comment was left with an attorney for Drayton.