WEST PALM BEACH, Fla. (AP) — A federal judge Thursday appeared to give a boost to former President Donald Trump’s hopes for appointing an outside legal expert to review government records seized by the FBI, questioning the Justice Department’s arguments that Trump couldn’t make the request and that it would needlessly delay its investigation.

“Ultimately, what is the harm” in such an appointment, U.S. District Judge Aileen Cannon asked department lawyers. But she did not rule on the request, saying she would do so later. 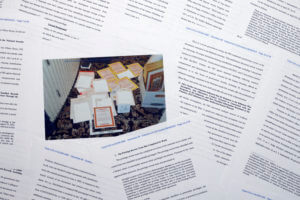 Pages from a Department of Justice court filing on Aug. 30, 2022, in response to a request from the legal team of former President Donald Trump for a special master to review the documents seized during the Aug. 8 search of Mar-a-Lago, are photographed early Wednesday, Aug. 31, 2022. Included in the filing was a FBI photo of documents that were seized during the search. (AP Photo/Jon Elswick)

Lawyers for Trump say the appointment of a special master is necessary to ensure an independent inspection of the documents seized by the FBI during the Aug. 8 search of Mar-a-Lago.

This kind of review, they say, would allow for “highly personal information” such as diaries or journals to be separated from the investigation and returned to Trump, along with any other documents that may be protected by claims of attorney-client privilege or executive privilege.

“This is an unprecedented situation. We need to lower the temperature,” Kise said. “We need to take a deep breath.”

The Justice Department has said an appointment is unwarranted because investigators have completed their review of potentially privileged records and identified “a limited set of materials that potentially contain attorney-client privileged information.” The government also says Trump lacks legal grounds to demand the return of presidential documents because they do not belong to him since he no longer occupies the White House.

“He is no longer president, said Jay Bratt, the head of the Justice Department’s counterintelligence section. He is unlawfully in possession of them.” 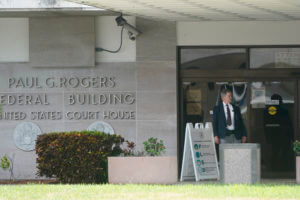 A security guard stands outside the Paul G. Rogers Federal Building and U.S. Courthouse, Thursday, Sept. 1, 2022, in West Palm Beach, Fla. A federal judge heard arguments Thursday on whether to appoint an outside legal expert to review government records seized by the FBI last month in a search of former President Donald Trump’s Florida home. There was no immediate ruling. (AP Photo/Wilfredo Lee)

The department has also expressed concerns that the appointment could delay the investigation, in part because a special master probably would need to obtain a security clearance to review the records and special authorization from intelligence agencies.

But Cannon, who said she would issue a written ruling at some point, pressed the government on that point, asking, “Ultimately what is the harm?”

Cannon had said on Saturday, before the latest arguments in the matter, that her “preliminary intent” was to appoint a special master. It was not clear whether she might make a final determination Thursday or how her view might be affected by the fact that the Justice Department says it has already reviewed potentially privileged documents.

It was also not clear who might be serve as that outside expert. In some past high-profile cases, the role has been filled by a former federal judge.

Cannon was nominated by Trump in 2020 and confirmed by the Senate 56-21 later that year. She is a former assistant U.S. attorney in Florida, handling mainly criminal appeals. 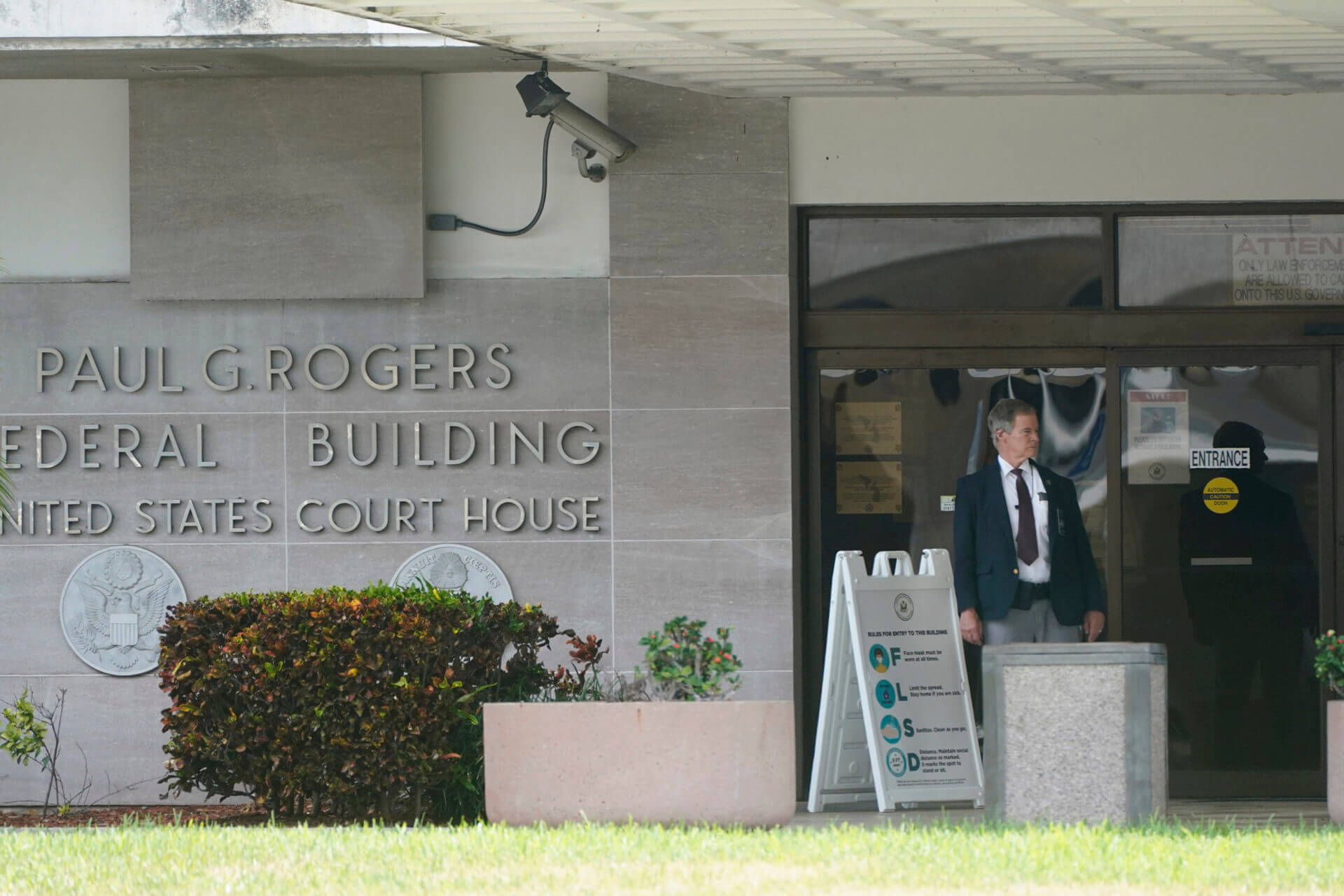 A security guard stands outside the Paul G. Rogers Federal Building and U.S. Courthouse, Thursday, Sept. 1, 2022, in West Palm Beach, Fla. A federal judge heard arguments Thursday on whether to appoint an outside legal expert to review government records seized by the FBI last month in a search of former President Donald Trump's Florida home. There was no immediate ruling. (AP Photo/Wilfredo Lee)
MORE NEWS