LINCOLN, Neb. (AP) — Two suspects in the death of a Lincoln woman whose remains were found near Pawnee Lake have been charged in her death. 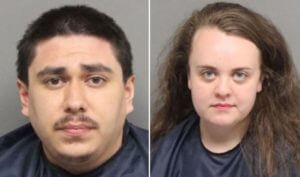 And Rachel Pageler, 25, was charged with kidnapping and accessory to first-degree murder in the case, the Lincoln Journal Star reported.

Both are in custody on federal drug and gun charges.

Schaaf, 23, was reported missing May 19 and investigators found her remains at the lake west of Lincoln on June 10.

Shortly before her disappearance, Schaaf had reported to police that Barraza had been harassing her over the phone, according to an arrest affidavit.

A forensic entomologist determined that Schaaf likely died sometime between May 29 and June 2. Her death certificate said she died from asphyxia due to smothering combined with a narcotics overdose.

Investigators found video on Barraza’s cellphone that appeared to depict him sexually assaulting at least three incapacitated women, including Schaaf, between October 2020 and April 2021, according to the affidavit.