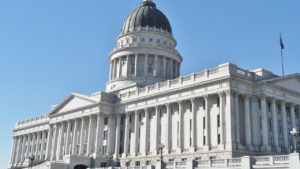 Jorgensen sponsored the resolution, “Protecting Those Most Vulnerable.”

The resolution, adopted by the GOP State Central Committee on Saturday, states: “The Utah Republican Party fully supports the banning of affirmation surgeries, hormone therapy, and puberty-blocking procedures for the purpose of elective gender transitioning on minors. We stand behind all of our elected officials in their efforts against these harmful and irreversible procedures being performed on Utah’s children.”

“This is about protecting them and once they’re 18, once they’re 21, by all means, do your thing,” Jorgensen said.

Jorgensen hopes their support can sway lawmakers in the next legislative session. A similar bill was introduced previously and failed.

“This is really an interesting approach to a state that likes to think that it champions parents’ rights,” said Jessica Dummar, co-CEO of the Utah Pride Center.

Dummar said access to surgeries and hormones is not an easy process.

“You need to have multiple letters from mental health therapists agreeing with this, with the procedures,” she explained. “Then you need to have a medical doctor also in support.”

She fears minors’ mental health will dramatically decline if transitioning isn’t a possibility.

This isn’t the first time this year where Utah’s young transgender population has been the topic among politicians. The future is still uncertain for the state law that blocks transgender athletes from playing school sports. A judge listened to those arguments on Thursday.

This story was originally published Aug. 16, 2022 by KSTU in Salt Lake City, an E.W. Scripps Company.