SOUTHAMPTON Co., Va. (WTKR) – A Virginia man has been found guilty of first-degree murder and concealing a dead body in the 2015 disappearance and death of his stepdaughter.

Police say AJ, a college student, disappeared from her Norfolk home on March 2, 2015, while she was home for spring break from Longwood University. At first, police say they didn’t think foul play was involved in her disappearance, but as hours turned into days, the investigation became more serious. 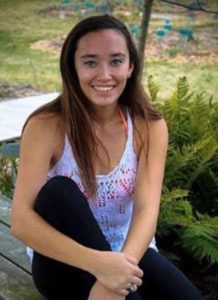 Hadsell was arrested shortly after AJ’s disappearance, but on unrelated charges. As Hadsell sat in jail, police continued to search for AJ.

Tips eventually led to an abandoned home in Southampton County on April 9, 2015, where police found human remains that were eventually identified as AJ’s.

The Office of the Chief Medical Examiner in Norfolk ruled that her cause of death was “acute heroin poisoning.”

Despite going to jail on other unrelated charges, in November 2018 Hadsell was charged with her death.

In 2015, Hadsell exclusively spoke to WTKR from behind bars, claiming he had nothing to do with his stepdaughter’s death.

“I swear to you, I didn’t hurt my daughter. I don’t know who did. And if I did, I wouldn’t protect them,” Hadsell said.

WTKR spoke to Hadsell’s lawyer, James Ellenson, who said he was disappointed with the verdict. He said they are considering various motions and plan to file an appeal.

Hadsell’s sentencing is set for April 4.

This story was originally published Feb. 7, 2022 by WTKR in Norfolk, an E.W. Scripps Company.