NORFOLK, Va. (WTKR) — A woman was sentenced in connection to a 4-year-old boy’s death.

Catherine Seals pleaded guilty in 2019 to child abuse/neglect. She was sentenced to 20 years, 12 suspended, for felony homicide, and 10 years for child abuse, a total of 18 years. She will have five years of supervised probation and 20 years of uniform good behavior upon her release from prison.

Catherine Seals and Hank Larkin Smith were both charged with felony homicide after Seals’ 14-year-old son, Robert “Robbie” Bolsinger-Hartshorn, beat Hank Smith’s 4-year-old son, Larkin Carr, to death in 2018. She was the last defendant to be sentenced. Seals was Smith’s fiancé. 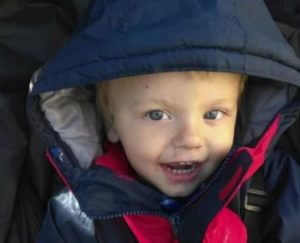 He was sentenced to serve an active sentence in the Department of Juvenile Justice until age 21. Then he will have 10 years of suspended prison time conditioned upon five years of supervised probation and uniform good behavior.

According to court documents, the 14-year-old was home with the victim the day of the incident and called his mom when the boy wasn’t responsive. They say Seals and Smith told police they were aware of Larkin feeling sick and complaining of abdominal pain as early as Nov. 9, 2018. They did not seek medical attention for him despite Larkin soiling himself with bloody stool and having unremitting vomiting episodes.

The autopsy ruled Larkin’s cause of death as blunt force trauma to the abdomen that led to a ruptured duodenum. He suffered an estimated 90 bruises, some old and some recent, across his face and upper body alone as well as extensive internal bleeding.

The autopsy reported that many of the bruises suggested Larkin had been gripped, punched, or struck with objects. The autopsy noted that Larkin died within minutes of a final blow, but he could have survived his older injuries had he received proper medical care.