JACKSON, Wyo. (AP) — A woman accused of intentionally providing wrong information in the search for a missing man in Grand Teton National Park has been banned from the park and ordered to pay restitution.

Heather Mycoskie, 40, must stay out of the park in northeastern Wyoming for five years and pay $17,600 under a deferred-prosecution agreement, park officials said in a statement Thursday. 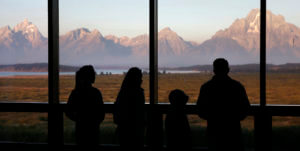 Such agreements allow defendants to avoid prosecution if they meet certain requirements.

Mycoskie allegedly reported last June that she had seen Cian McLaughlin, 27, of Jackson, the day he disappeared almost two weeks earlier and that he was headed toward Taggart Lake because he planned to jump off his favorite rock into the water.

The information proved false, and other people told investigators Mycoskie fabricated the sighting to ensure that search efforts continued, the statement from park officials said.

All other sightings put McLaughlin, who is still missing following his disappearance June 8, 2021, on trails heading toward a different area of the park, according to the statement.

The deferred prosecution agreement allows Mycoskie to continue to use Jackson Hole Airport, which is located within Grand Teton, and the main highway through the park, as long as she does not stop or recreate.

Mycoskie’s attorney until the deferred prosecution agreement was signed in February, Darci Phillips, has since been appointed as a Wyoming district judge and declined to comment Friday.

Mycoskie, formerly of Jackson, recently moved to Costa Rica. She did not immediately return an Instagram message Friday seeking comment.

She was previously married to TOMS Shoes founder Blake Mycoskie, who sold his Jackson home in November, the Jackson Hole News&Guide reported.

Searchers plan to continue looking for McLaughlin this summer.